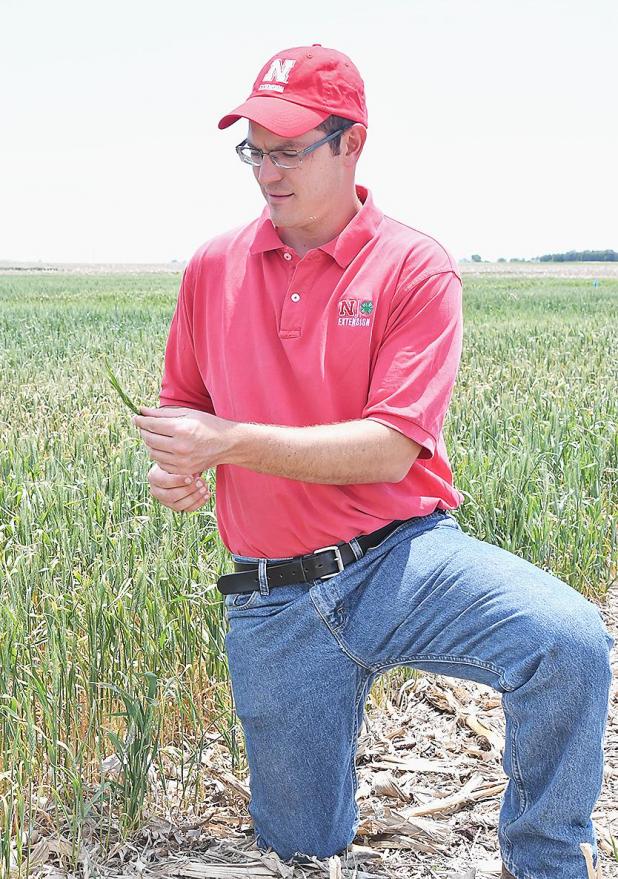 Extension Educator Strahinja Stepanovic looks at a sample on his spring wheat plot the Stumpf wheat center east of Grant. Monday marked his last day with Extension since his work visa has expired.

He was hoping he could see it all the way through. But that’s not going to happen.

Colleagues will take over the research for Stepanovic, whose six-year work visa ended Monday. As a result, so did his work with the center and Nebraska Extension.

Stepanovic and his wife Ana, initially came to the U.S. on student visas to study at the University of Nebraska-Lincoln.

Both received ag-related degrees and moved to Grant six years ago when he began his work with Extension.

During his time here, Stepanovic conducted extensive studies on pulse crops such as field peas and chickpeas and how they could fit into crop rotations.

That was all part of his focus centered on water conservation and management in dryland and irrigated cropping systems, agronomic evaluation of farming practices and weed, insect and disease resistance management.

As an immigrant to the U.S., his future is uncertain since his H1B work visa expired.

An H1B visa allows a foreign national to work in the U.S. in a specialty occupation for a maximum of six years.