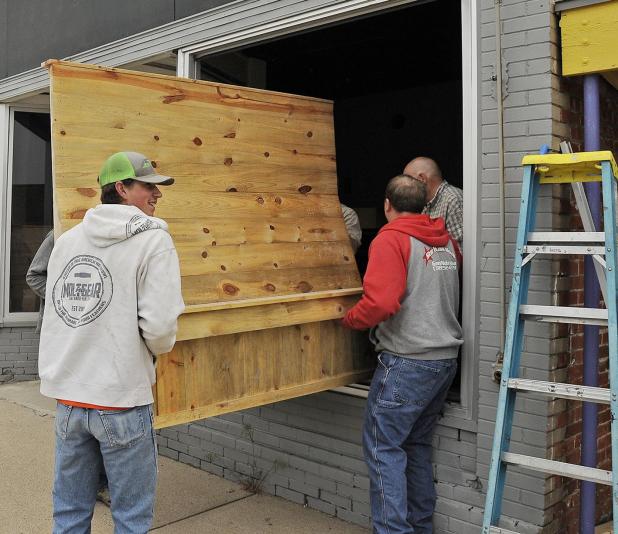 After extracting a window, over 20 volunteers safely removed the custom benches from the future site of The Mill at 310 Central Ave., in Grant.

The Mill to join downtown Grant 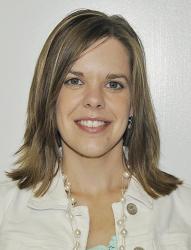 Main street will gain a new business when The Mill opens on Saturday, June 2 at 310 Central Ave., in Grant.

Owned by Lindsey Feuerborn of Grant, The Mill will feature clothing, coffee and home decor, with even more in the works.

Feuerborn has been operating her clothing business, Country Chic Boutique, from her home and at vendor shows for nearly a year.

Her love for clothing and shopping began at a young age, as her mother would take her shopping to provide stress relief. Years later, her husband of 17 years, Jon Feuerborn, proposed to her in a mall.

“My passion is shopping,” she said.

Her clothing is purchased from wholesale distributors, and she is not affiliated with any direct sales companies.

Feuerborn said her growing inventory created the need for a storefront, but she felt a clothing boutique alone wouldn’t sustain itself in the small community.

As she prayed for a solution,  “everything has fallen into place.”

Plans are also being finalized to provide dance classes, and the back room will be available to rent for parties and meetings.

The June 2 opening of The Mill will take place the same day as the second Perkins County Vendor Show, which Feuerborn is organizing, and the Perkins County community-wide garage sales organized by the chamber.