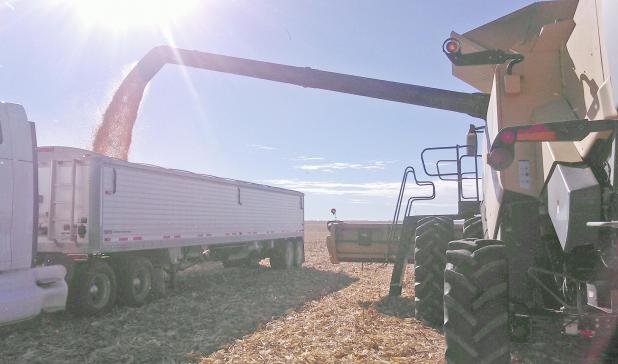 Corn harvest is wrapping up in Perkins County, with less than five percent to be completed.

Jeff Bechard, vice president of grain at Frenchman Valley Coop, said they were very happy with the quality of this year’s crop. Due to exceptional growing weather, yields for both dryland and irrigated came in on the high end of expectations.

Dryland yields ranged from 90-140 bushels per acre and irrigated ranged from 185-240 bushels. Bechard said most reported on the higher end of those ranges.

Frenchman Valley Co-op made preparations for the larger crop, and they were able to manage the intake effectively.

Brian Freeman of Scoular Grain also said yields were at or above expectations this year.

As of Nov. 25, 94 percent of corn harvest was completed in the state, which is just 2 percent less than the same time last year. The five-year average is 97 percent.

Bechard said they also saw a good quality crop in soybeans this year, attributing it in part to an increase in acres.

Irrigated yields came in at 60-80 bushels, however, he said hail reduced yields in some fields in both corn and soybean crops.