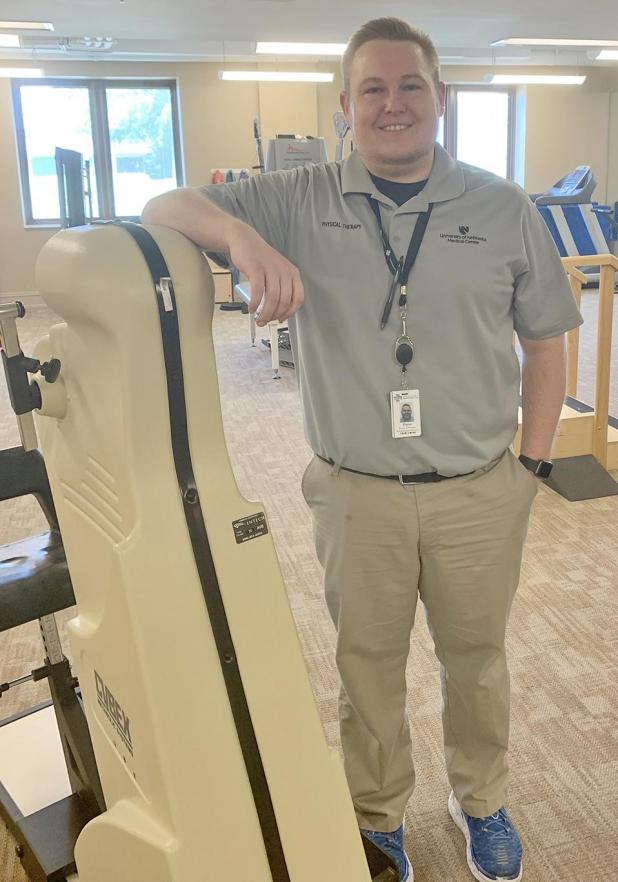 He graduated in May with a Doctorate of Physical Therapy from the University of Nebraska Medical Center in Omaha after completing clinicals and internships in Council Bluffs, Iowa, Omaha and Bellevue. He completed his Bachelor of Science in nutrition exercise and health sciences with a minor in Spanish from UNL in 2016.

With the addition of full-time surgeon Dr. Shane Banks two years ago, as well as Dr. Eric Verploeg and more specialty doctors, the need for a second PT became apparent. Bottger said they began a new program this week at the school, screening athletes for injuries and making sure they’re getting the therapy they need, including taping, braces, etc., before practice.

Bottger said he’s open to whatever the job throws his way. Completing a rotation in a skilled nursing facility, he feels treating the older population is a need that can be expanded upon. He also completed a rotation where he worked almost entirely with patients with Parkinson’s, a skill set he feels will be helpful in this area.

He’s also hoping to free up some of Holmstedt’s time, so they can take on more projects in the community, such as what they are doing with the school.

Attending high school in Alliance, Bottger played sports and experienced injuries, gaining some early exposure to physical therapy. Always interested in health, he completed an internship program through his local hospital his sophomore year, which allowed one week in each department to get a feel for the hospital as a whole.

He developed a passion for physical therapy, participating in internships in that department his junior and senior years.

“From there, I just knew that’s what I wanted to do, and never changed my mind.”

Holmstedt said it’s been great having him here, and a great experience to be able to grow the department.