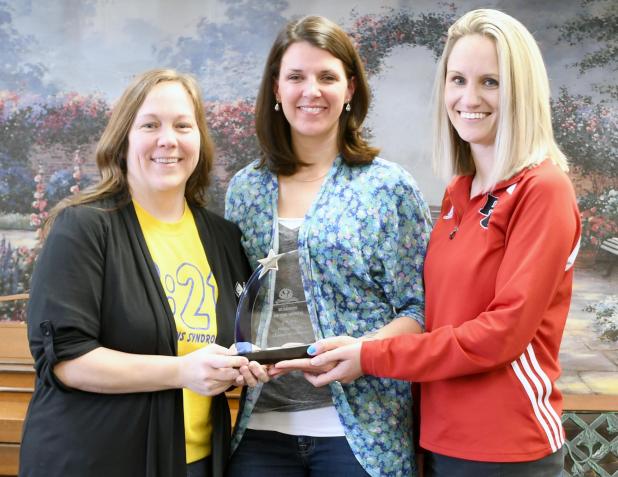 Brooke Robertson and Samantha Goff spoke of the history of the business and how social media is affecting it.

The Tribune first published in 1897. It was purchased by Robertson’s grandparents, Loral and Elna Johnson, in 1977, incorporating to Johnson Publications along with the Imperial Republican and the Holyoke Enterprise in Colorado. The Wauneta Breeze was added in 1982.

While social media has without a doubt affected the newspaper industry, Robertson and Goff reiterated the importance of small-town newspapers.

“We have newspaper books that date back to the 1900s. Newspapers hold our history,” said Robertson.

She noted while social media had taken advertising from newspapers, it’s also made their job difficult as reporters.

“The things people used to call us about to put in the newspaper they now just post to Facebook. We want your stories, too. If you don’t tell us, we won’t know. Let your local paper tell your story. Let us preserve your history.”

Robertson reiterated that while the newspaper provides a community service, it’s also a business, and needs advertising to survive.

Goff spoke of new ad discounts for use in all Johnson Publications newspapers.

The Tribune is open 8 a.m. to 5 p.m. Monday through Thursday, opening at 9 a.m. on Wednesdays.