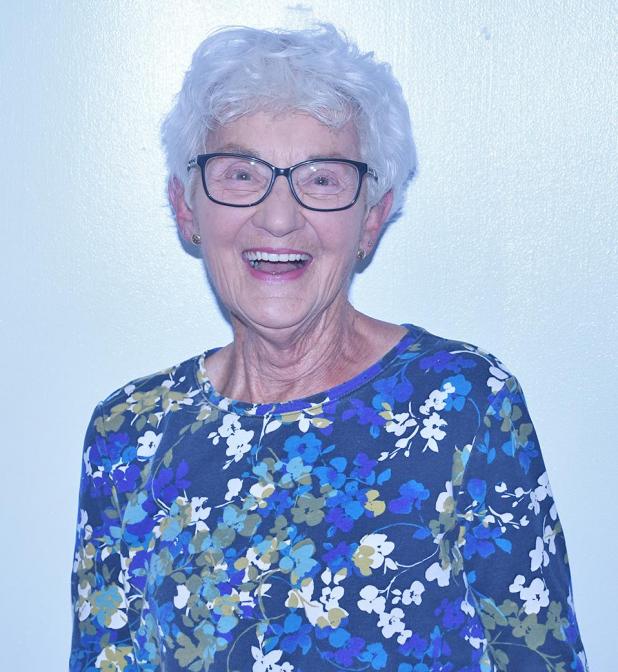 Norma Mayer has been taking the school census since 1966.

Mayer retires from census after 53 years

After 53 years of taking the school census, Norma Mayer turned in her last report to Perkins County Schools this month.

At that time, Mayer had to include all people in the Grant School District, including children’s birthplaces. Now she’s only required to gather children’s names and birthdates from birth through 21 and their parents’ names.

The census is used for schools to receive state and federal funding. Superintendent Phillip Piquet said it also gives him and the preschool/kindergarten a barometer of possible student numbers coming in.

A 1992 Tribune article stated the school census records could be traced back to 1917. Mrasek said she frequently received letters from all over the United States asking for the census papers.

Mayer worked as a secretary for the K-8 school district in Grant for over 35 years, which she said was a great help to her in getting the information she needed.

Mayer keeps a list which she updates throughout the year as people move into and out of town and have babies. The school also provides her with a list of registered students for her to make any needed updates.

“It has been very interesting since I got to know so many people,” she said.

She said the use of a computer has made the job much easier, as she used to have to complete two copies of the report on a typewriter.

“It was awful to think back now, but at the time that’s just the way you did it. It wasn’t a big deal at the time.”

In all the years of taking the census, only one family refused to give Mayer their children’s names and birthdates.

Val Foster will be taking over for Mayer.