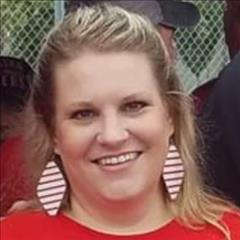 Andrea Dilsaver of Grant will be remembered as a loving mother, a caring person, someone who liked to laugh and make others laugh and one who’d tell it like it was.

Dilsaver, 38, passed away unexpectedly at her home Friday, March 20.

For the past 11 years, she has suffered from a condition known aspseudotumor cerebri syndrome. It’s also called “false brain tumor” because its symptoms are similar to those caused by brain tumors.

The pressure around the brain increases, causing headaches and vision problems.

Her husband, Jeff, explained the fluid in a normal brain adjusts to changes in barometric pressure. Her’s did not, he said. As a result, she would get a build up of fluid on the brain.

This resulted in painful headaches and loss of vision.

She had surgery to install a shunt to drain excess fluid but that had to be removed later due to complications.

He said Andrea really enjoyed to be around kids. One thing she loved to do was substitute teach in area schools. That always seemed to rejuvenate her, he added.

She enjoyed the family ski trips and vacations and especially loved country music and going to concerts.

The Dilsavers have two children, Kaylee, a freshman at PCS, and Kyson, a six grader.

Jeff said her condition forced her to miss some of their activities, which saddened her, but the kids understood.

Friends Brooke Robertson and Monica Poppe said what they will remember most about Andrea is that she was always laughing and made others laugh along with her.

“She always made me laugh,” Poppe said. “She had such good wit.”

And when it came to teasing, she could dish it right back, Robertson recalled. “She could banter with the best of them,” she added.

They both agreed that Andrea didn’t have a habit of hiding her feelings and often said just what see thought.

“What you see is what you got” with Andrea, Robertson said.

Poppe said she got to see the caring side of Andrea as well. For the past year, Andrea was among the caregivers for Jim Styskal.

Both noted she did not talk about her illness a lot, even though she dealt with constant pain. She’s free of that pain and is in a much better place, Poppe said.

Jeff said Andrea’s faith in God was very important to Andrea. “She was super strong in her faith.”

Despite the loss, Jeff said he and the kids are at peace, knowing she just went to sleep.