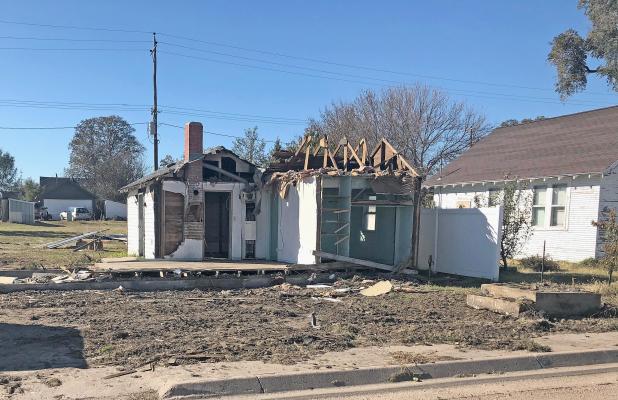 Jones tore down the original house that stood on the property with the help of family. They made sure to save as much wood from Flossie’s house as possible to repurpose in the new home. She started working on Flossie’s Makeover around three years ago. 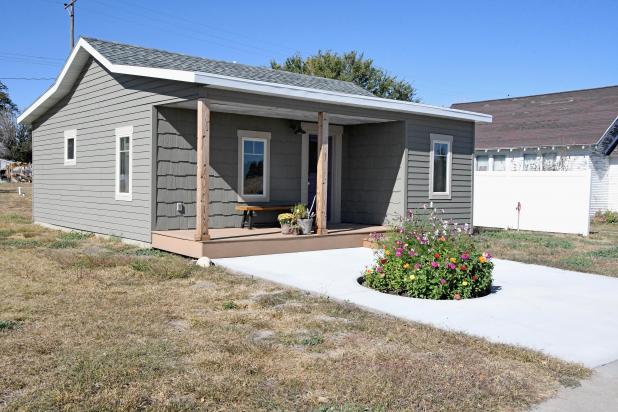 Flossie’s Makeover has now housed 10 guests through Airbnb, with more spots already booked! Jones is currently working on planting flowers around the property.

Lisa Jones of Grant has spent three years renovating a small house to rent on Airbnb, which she now calls Flossie’s Makeover.

What first started out as an old house from 1925 that was in poor condition is now a cozy home available for short-term rentals on the online rental marketplace Airbnb.

After tearing down the old building, saving as much as possible to repurpose and include in the finished project, Jones moved in a building she purchased from a Community Redevelopment Association auction.

“I was the only one that bid on it!” Jones laughed. “I didn’t know whether to laugh or cry about that.”

Ernie Barnett used his semi truck to help Jones move the new house to the property.

She then set to work renovating the new property, including adding six feet on either side of the house, restoring the hardwood floors and replacing the roof.

She also added a utility room in the back, which she soon hopes will house a washer and dryer, and perhaps some other furniture like a bench and cabinet.

The old roof to the home was completely removed, and replaced with tin roofing.

The tin has a rustic, used appearance, but in reality Jones said the tin was new, she just styled it with muriatic acid and toilet bowl cleaner.

Nate Pouk assisted Jones with the roof and the interior walls.

In the kitchen, Jones made sure to include plenty of repurposed materials.

She built the cabinet under the kitchen sink herself in a class she takes in North Platte using two-by-fours from the old house.

The kitchen sink came from Adam’s Lumber. It used to be in a house they tore down. She was invited to check out the doors in case they could get some use out of them at Soulful Salvage, and she was able to rescue the sink which was headed to the dump.

The range hood above the stove is made from repurposed siding from the old house, giving it a worn and rustic appearance.

Two things Jones admits to “splurging” on for the house are the Cambia quartz counter tops and the entire bathroom.

She wanted to create the appearance of concrete counter tops without the extensive maintenance that goes into having them. Cambia quartz fit the aesthetic she was looking for.

The bathroom has been renovated to include heated tile flooring, a walk-in shower,  a repurposed barn door for privacy and an old-fashioned, mint green sink. The biggest change of all for the bathroom, however, is the introduction of plumbing.

Jones said the old house they tore down did not have plumbing. Flossie Pankonin, the former owner, would instead take all her dishes and clothes out to the wash house behind the home.

She has future plans for the old wash house, which rests in the backyard at the moment, but for now she is just glad the house has plumbing.

Jones did not change everything about the house, however. She said the trim and the floors are all original, but restoring the wood flooring was the hardest work of all.

“The floors were almost black with old varnish and some other stuff,” Jones said. “That took me two weeks of really, really hard work. People who re-do floors earn every dollar they get!”

Jones has had the house listed on Airbnb since Labor Day of this year, and it has been in operation for just over a month.