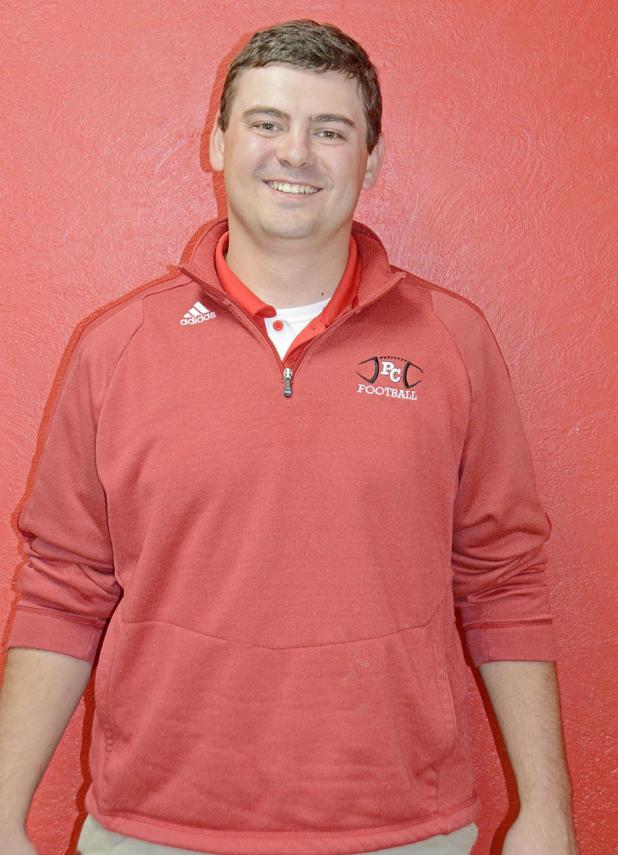 www.johnsonpublications.zenfolio.com Samantha Goff | Johnson Publications
Plainsmen Head Football Coach Lance Steffen made the trip with his team to Curtis this week to play in round three of playoffs, and agreed he’s had a great first season in the head coaching position.

Getting to know you: Lance Steffen

Lance Steffen, 25, is a man of many hats and plays a big role at Perkins County Schools. He serves as the athletic director, social studies teacher, head girls basketball coach, and is headed into round three of the playoffs this week in his first year as the head coach of the Plainsmen football team.

“I don’t have time for hobbies,” he joked.

Steffen grew up in Eastern Nebraska as the oldest of three brothers. After graduating high school in Elmwood, he went on to Peru State and majored in social science, 7-12 education with a coaching endorsement.

“Growing up, all my biggest role models, especially male role models, I didn’t have my dad in the house growing up, were always my teachers and coaches. So they were the people I looked up to, and the people I wanted to be when I grew up, and now it’s just a chance to give back.”

Steffen began teaching in Perkins County in January 2015, and said it was the job opportunity that brought him here. He graduated in December of 2014 and applied for the social studies teacher, got the job, and started almost immediately.

To finish this story, click here to purchase this week's e-edition for just 99 cents.