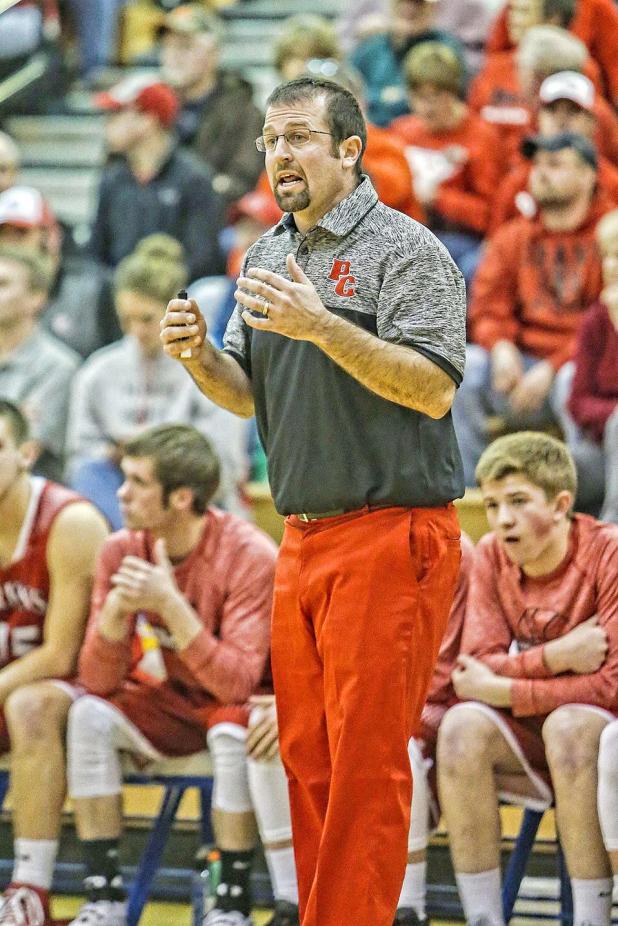 Getting to Know You: Shawn Cole

With 110 wins under his belt, the milestone is one of Shawn’s proudest accomplishments, though he doesn’t like to take much credit for himself. “It’s the kids, that’s not me. They did it.”

Sub-districts began this week for the 13-7 Plainsmen.

Leaving their home town of Indianola, in 2006,  Shawn and his wife Monica came to Perkins County 12 years ago when Shawn took a position with PCS.

In addition to the coaching position, Cole, 36, is a physical education teacher at Perkins County Schools.

A UNK graduate, Shawn is passionate about his coaching position, and said “Ultimately, I wanted to coach, and teaching was going to allow me to do that.”

Partnering with Jayson Bishop, Cole has also spent the last four years co-heading  the Saturday morning youth basketball program, with the common goal of “just teaching the fundamentals of basketball.”

Nine, almost 10 teams have come and gone, and his coaching has impacted hundreds of kids in Perkins County.

“I have learned a lot from Coach Cole in my last four years as a Plainsmen. He has taught me a lot about the game of basketball and has influenced me in everyday life,” Michael Beck, a senior on the Plainsmen basketball team this year, said of his coach.

Shawn said what he loves most about PC is the “great people” and the “small town” lifestyle.

Youngest daughter Macey, 7,  said she loves her dad, and she thinks he’s pretty funny, adding “I love when he tells me good night!”

Shawn’s 9-year-old son Alex says his dad is a lot of fun. “He takes me hunting and gets me out of school early for basketball....but he can be kinda scary when I get in trouble.”

The oldest, Libby, 11, thinks her dad is the best basketball coach, and said he would do anything for his family.

Sharing a home with Cole’s family of five is a black lab named Coda, and Pieper the cat.

In the warmer months, Shawn can be found operating his lawn care business, Slammco, which he has been doing for about six years.

Shawn’s biggest pet peeve is when people don’t give 100 percent and said his favorite quote is from Michael Jordan, “My attitude is that if you push me towards something that you think is a weakness, then I will turn that perceived weakness into a strength.”

In his free time, Mr. Cole enjoys hunting and golfing, and he enjoys going to the lake with his family. The greatest day of his life, he said was “getting married, followed closely by each of our kids’ births.”

“What I love most about him...gosh, hard to choose one thing, but I think it would be his calm demeanor. He doesn’t get too worked up about much. I love his patience. I’m a worrier, he doesn’t worry. He keeps our family well balanced,” Monica said of her high school sweetheart.

Coach Cole entered his 10th sub-district competition this week, when the Plainsmen traveled to Hershey to take on Maxwell on Tuesday, which he says is no less stressful now than it was in the beginning, but said  “I’m feeling pretty good going into this week. I really am,  and I’m excited for it!” adding, “We’ll add one more win to that record [on Tuesday] and another one on Thursday!”