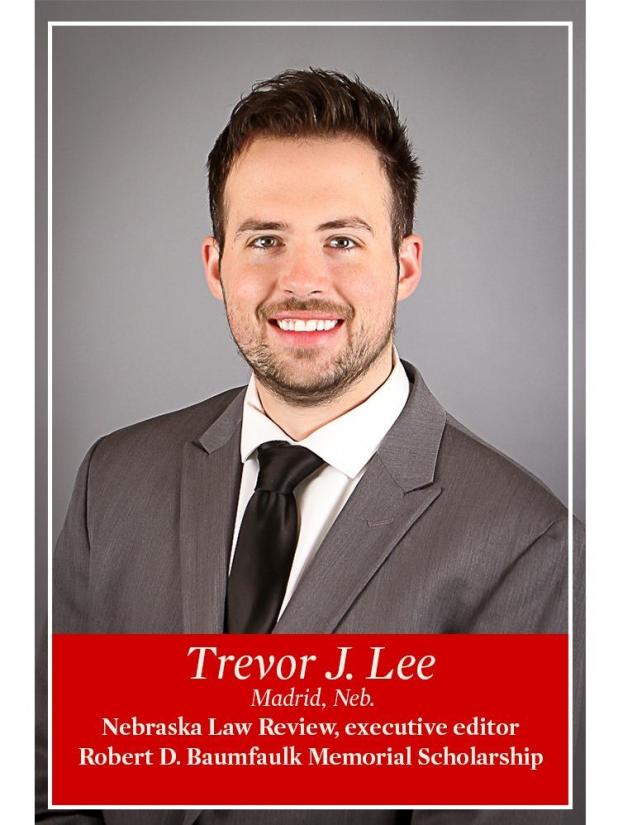 Trevor Lee, a Madrid native, is currently working as a term clerk for Nebraska Supreme Court Justice Cassel in Lincoln.

Where are they now? Trevor Lee

After leaving Perkins County, Trevor Lee has dedicated himself to his law education, which recently earned him a position as a term clerk working under Nebraska Supreme Court Justice William B. Cassel.

Lee, who was born and raised in Madrid, is the son of Jay and Dana Lee. He attended school in Wheatland before moving to Perkins County Schools, where he graduated in 2012.

Following his undergraduate degree, he attended Nebraska College of Law, where he graduated in the top 10% of his class.

Lee took the bar exam at the end of July, and received his results between one and a half to two weeks ago.

He was officially sworn in to become an official member of the bar Tuesday, Sept. 15.

He said the career services center reached out and thought he would be a good candidate for the position, so he applied and was pleased to find out he was hired.

The position of term clerk is a temporary one, designed to help give new law graduates an opportunity to gain experience and see a lot of unique, nuanced area of the law.

Term clerks typically hold the position for one to two years before moving on to their individual career paths.

Lee has been working with Justice Cassel since August, and he says he is enjoying the work. He assists the court in handling documents.

“What that means is we get assigned cases, which we review and advise the judges on the cases,” Lee said.

“Then also, part of that is reviewing various motions for further review or petitions for hearing different things that come to the supreme court. Long story short, we assist on handling the docket.”

“Things that come before the Nebraska Supreme Court are often cases of first impression, or issues that have strong, valid arguments on both sides,” Lee said. “So it’s challenging to piece out and come to the correct answer in a way that seven justices agree. It can be challenging sometimes, so it’s a good job that I really enjoy. I’m learning quite a bit under Justice Cassel, which is a great, great learning experience.”