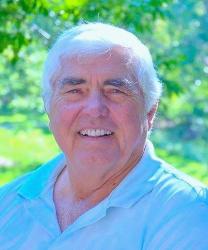 Terry was born in Holdrege, Neb. on Nov. 26, 1946 to Roger and Maxine Wendell, the second of five children. The entire family worked the family’s homestead grain and livestock farm in the Wilcox area where he attended and graduated from Wilcox High school in 1965.  He participated in most school activities as well as FFA and 4-H.

After his first year at Trinity College in Illinois, Terry went into the US Army officer training at Fort Sill Oklahoma, commissioned in October 1967.

He graduated from the US Army Rotary Wing Aviator School Element, Hunter Army Airfield, Ga., Jan. 1969. This was the beginning of a lifelong love of flying aircraft.

In June 1969 he was deployed to Vietnam to fly helicopters and manage ground crew maintenance.  It was a very long difficult year, as he was shot down and had to fight for survival. He lost many friends in the jungle while there.

June 1970 he was back in Fort Rucker, Ala. and honorably discharged April 1972.  He attended and graduated from Alabama Institute of Aviation Technology in Ozark along with Embry Riddle Aeronautical University in Daytona Beach, Fla., graduating in Dec. 1973.

He worked for Augusta Helicopters Charters in Augusta and in his free time enjoyed scuba diving in the Florida waters.

In 1980 he married Christy Kraus. Christy worked in the Fertilizer business  office, together they had two children and were married for 20 years. Terry loved to mix it up with the locals on the tennis court, enjoyed golf and the mountains to snow ski.

He continued his love of flying; it rubbed off on his father who then took up flying too. Most of all he loved his children.

In 1998 he sold the fertilizer business to Cenex and moved on to his next adventure, farming in Colby, Kan.

He bought farm land in the Colby area in 1998 to start a farming operation from scratch. He put his agricultural experience to work and raised dryland corn, small grains and sunflowers.

While in Colby he served several years on the board of the Citizen Medical Center Hospital. Terry enjoyed learning about new and alternative way of farming and several times traveled in and outside of the US with farming practices groups.

In 2011 Terry decided to do his version of retirement: he sold his farm and bought property in Colorado and Arizona.  He spent time in Arizona and traveling the country chasing his love of small airplanes; but, he found that there was more he wanted to do in life.

After years of talking about Alabama and farming in the “black belt” area, he headed to the southwest central part of Alabama.

He had flown over it many times back in the early 1970’s, and the seed was probably planted then.  In 2012, he started buying land south of Demopolis, Ala. that was a mixture of cattle pasture, catfish ponds and woods.

He bought cows and bulls to run for a couple years while he worked to remove the cedar, pines and other trees. With many of the trees removed and the cat fish ponds filled, the cattle went down the road and corn farming began in earnest.

In his short time there, he had created a large scale farming operation.

Then disaster struck; He was diagnosed with pancreatic cancer the summer of 2018.  He married a local woman, Jan Luther and together they fought the cancer fight, chemo and all.

It was a battle he could not win and we lost him on Dec. 23, 2019 at Grandview Medical hospital in Birmingham, Ala.

Terry Michael Wendell lived his life as though there would be no tomorrow and often was heard saying that “today is the beginning of the rest of my life”.

He was predeceased by his parents, L Roger Wendell and Maxine D Smith Wendell.

He is survived by 4 grandchildren, many nieces, nephews and lots of cousins.

A memorial/celebration of life will be held at 12:30 pm on February 15, 2020, Saturday at the First Congregational Church, 505 Washington Ave, Grant, Neb.

Light lunch to follow. All are welcome and bring your “Terry” stories and photos.

Please send condolences for the family to Ann Wendell at farmall7171@gmail.com and call 650-642-5072 if there are weather concerns.

Memorials/donations in Terry’s name can be made to the First Congregational Church of Grant, Neb. or charity of your choice.