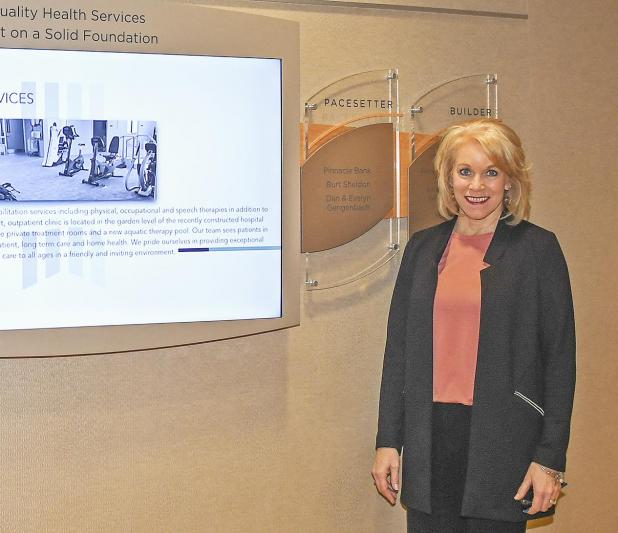 The Perkins County Health Services Foundation Board of Directors hired Jackie (McCullough) Urdahl as the new Administrator for the Foundation.

Urdhal grew up in Grant and graduated from Perkins County high school before moving to the eastern end of the state to attend college. She then spend most of her adult life between Lincoln and Omaha.

She has worked in fundraising, board management, investment management, education and advocacy for over 25 years.

Urdahl started her fundraising career with the American Heart Association where she was the area field director for the western third of the state, and then became responsible for the entire state as the development officer.

From there, she moved on to Nebraska Wesleyan University where she managed their Annual Fund campaign.

For the next 10 years, Urdahl was the Executive Director of the Nebraska Historical Society Foundation based in Lincoln.

“What a great job connecting people with our state’s history,” said Urdahl.

Urdahl then became the Executive Director of the American Council of Engineering Companies of Nebraska for 10 years. Her role included government relations and lobbying the legislature and regulatory agencies.

During this time she also became the Executive Director for the Nebraska County Attorneys Association, where she lobbied, organized multi-day conferences twice a year and advocated for the members of the association.

They rebuilt the distressed company which the holding company purchased out of bankruptcy. Urdahl advocated for the organization and met with the community in all kinds of ways to sell their services.

In the two years while we controlled the company, we doubled the number of customers and the annual revenues.

While looking for investors for a capital project, her husband found that the investors liked what they saw so much that they ended up purchasing company.

Urdahl then moved back to Nebraska to be closer to family and friends, and she was hired as the Administrator for the PCHS Foundation Board of Directors.

“I am learning so much about the outstanding facilities and staff that make up our health system,” Urdahl said. “I am looking forward to visiting with our community about the Foundation and sharing the stories of the excellence in care our health services system is providing.”

Urdahl also remarked that it is fortunate the community and surrounding area has such amazing resources available.