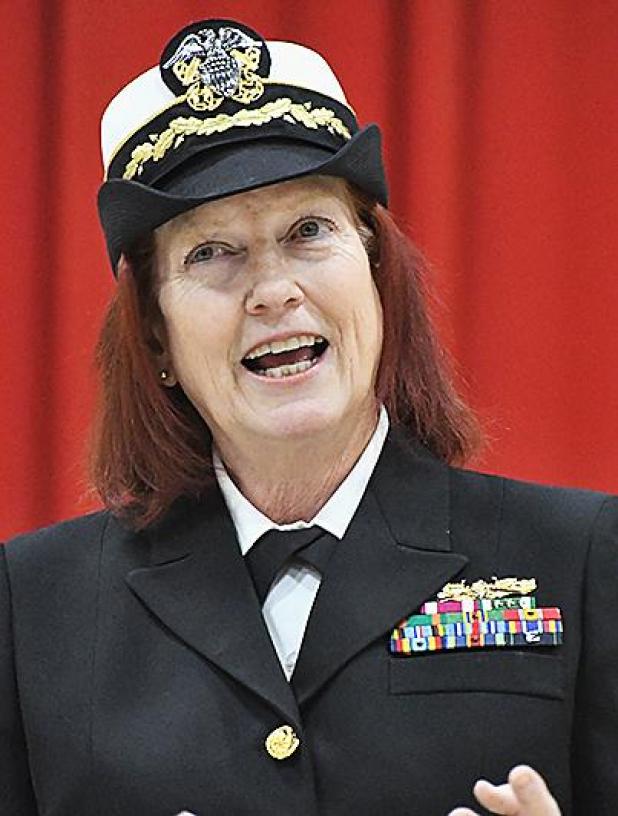 “We gather now to honor all those who have paid the highest price any American can offer to the Nation; to honor those wounded; to the surviving families who lost a loved one and to remember those currently returned to civilian life and those still serving.”

She spoke to a full house in the Pritchett Gym Monday as people from throughout Perkins County gathered for a Veterans’ Day remembrance.

Murphy, who is a Certified Registered Nurse Anesthetists with Perkins County Health Services, comes from a family rich in military service.

Of the 12 kids on her father’s side, all either joined the military or married into it. During Pearl Harbor, four uncles and an aunt were stationed there. Two were on the same ship—the USS Nevada, which took a heavy pounding from the Japanese attack.

She had the honor of receiving her first naval commission and her promotion to captain from her uncle—Rear Admiral Frederick Johnson.

Every veteran understands the meaning of loyalty and shared sacrifice, she said. “Your time belonged to America. Your country came before all else.”

During one deployment, she missed every holiday, birthday, anniversary, school and sporting event. However, she has never regretted serving her country.

As Americans gather each year to honor its veterans,  “our words can never do justice to the sacrifices made by our veterans; by those who returned and those who did not; by those who live today and those who live in our memories. We cannot repay that debt but we can repeat what was inscribed on medals for WWI—“a grateful Nation remembers,” she said in closing.