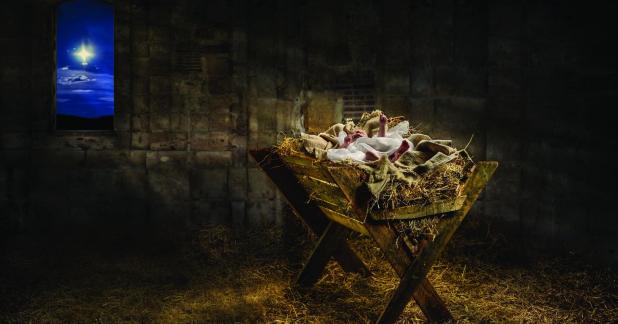 The birth of Jesus celebrated on Christmas

Christmas traditions focus on several different aspects of family and spiritual life. While many stories are shared around Christmastime, perhaps none bears more significance than the origin of the Christmas celebration.

For many, sharing the Christmas story is an integral part of holiday gatherings, reminding them that faith is foremost during this festive time of year.

The Conception of Jesus

Mary was a woman living in the Galilee area of Nazareth. She was engaged to a Jewish carpenter named Joseph. An angel visited the Virgin Mary and told her that she would conceive a child—a son—by the power of the Holy Spirit.

When the son was born, she would name him Jesus. Mary questioned the angel, who reassured her that anything was possible by God and that Jesus would be God’s own son.

Joseph was troubled when he found out Mary was with child and even considered breaking their engagement, which was allowed under Jewish law. But God soon sent another angel, this time to Joseph, in a dream.

The angel reassured Joseph that his marriage to Mary and the birth of this child were His will. Joseph awoke from his dream and took Mary as his wife soon after, ready and willing to raise the child despite the public humiliation he may experience.

During this time the Romans had control over many parts of the world, including where Joseph and Mary resided. Ruler Caesar Augustus decreed that every person living under Roman rule had to return to his town of origin to participate in a census so everyone could be taxed accordingly. Joseph, hailing from Bethlehem, had to return to this town with his very pregnant bride.

They traveled for many days and, upon arriving in

Bethlehem, found that the inns were full and there was no available lodging. Mary and Joseph took shelter in a stable and prepared to welcome their son.

According to the Gospel of Luke, Mary gave birth to her firstborn, a son, while in the stable. She wrapped him in cloth and placed him in a manger because there was no guest room available for them.

And there were shepherds living out in the fields nearby, keeping watch over their flocks at night. An angel of the Lord appeared to them, and the glory of the Lord shone around them, and they were terrified.

But the angel said to them, “Do not be afraid. I bring you good news that will cause great joy for all the people. Today in the town of David a Savior has been born to you; he is the Messiah, the Lord. This will be a sign to you: You will find a baby wrapped in cloths and lying in a manger.”

Suddenly a great company of the heavenly host appeared with the angel, praising God and saying,

“Glory to God in the highest heaven, and on earth peace to those on whom his favor rests.”

When the angels had left them and gone into heaven, the shepherds said to one another, “Let’s go to Bethlehem and see this thing that has happened, which the Lord has told us about.”

So they hurried off and found Mary and Joseph, and the baby, who was lying in the manger. When they had seen him, they spread the word concerning what had been told them about this child, and all who heard it were amazed at what the shepherds said to them. -Luke Chapter 2

Many people visited the baby Jesus, including three wise men from the East who traveled by following a guiding star to bestow gifts of gold, frankincense and myrrh on the baby king.

When Joseph and Mary had performed all the things necessary according to the law of the Lord, they returned to Nazareth with Jesus, who was growing strong in spirit and filled with wisdom and the grace of God.

For Christians, Christmas (Christ’s Mass) is a celebration of the birth of Jesus Christ, the son of God. Christmas is a day of great joy in the Christian faith because it marks the beginning of Jesus’ time on earth.