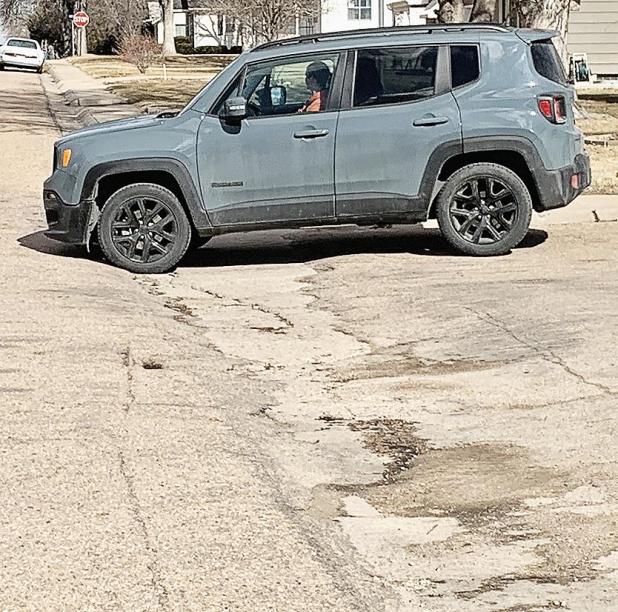 Russ Pankonin
This vehicle slowed to a crawl to travel through this intersection at 5th and Sherman. This is one targeted for replacement this year.

City council members spent a significant amount of time discussing the one- & six-year road plan during their Feb. 11 meeting.

Included in the discussion was the city’s engineer, Tom Werblow of Miller & Associates in North Platte.

The construction plan for this year targets more of the  deep intersections on the city’s streets.

The council had to adopt their one- & six-year plan, as required by the state, and then amend the plan to move up some of the projects to this year’s plan.

City Superintendent Edward Dunn said it may be questionable as to whether the city can get all three of those intersections completed with the money they have budgeted.

Werblow suggested bidding all three intersections as one project and then eliminate one if needed. Dunn said it may be possible to do half of an intersection, such as the one at 6th and Warren. The same may be possible at 5th and Sherman as only one side has the deep dip.