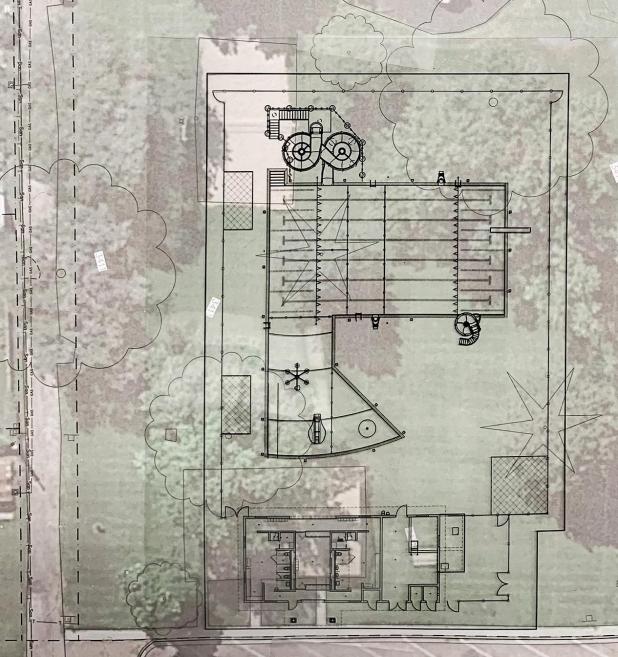 City Superintendent Edward Dunn briefed the city council on the progress during their regular meeting Feb. 11.

Dunn said he and the Park and Recreation Board have been meeting to pull together some of the final details needed for the bid process.

Miller & Associates are preparing the request for proposals (RFP) that will be sent to contractors interested in bidding on the project.

Dunn said this week the draft RFP should be ready for the council to review at their Feb. 25. Any changes can then be approved at their March 10 meeting.

Advertising for bids will begin in mid-March for three weeks. Dunn said the bid opening has been set for Thursday, April 9. That would allow the council to award the project to the successful bidder at their April 14 meeting.

Dunn said the location of the pool will remain in the northeast corner of the city park as originally planned.

He said they made some changes in an effort to address concerns expressed by homeowners and residents near the location.

In mid-November, a contingent of those who live near the pool’s location attended a council meeting to address the location of the pool.

They expressed concerns about increased noise and the amount of increased traffic on 9th Street and the alley on the east side of the park.

Dunn said they moved the pool west another five feet to get it further away from the alley.

In addition they flipped the design of the pool. This moved the mechanical room further away from the alley.

That also moved the deep end of the pool away from the alley.

Dunn said the board felt that area of the pool would likely generate the most noise so it made sense to move it further away from the alley.

Dunn said they have already committed to the options being added to the pool include a diving board, a big flume slide, a smaller flume slide, a toddler slide, bubblers and tumble buckets, which empty out when filled with a specified amount of water.

The pool will be a zero-entry pool, meaning there are no steps or ledges to navigate to enter the pool.

Maximum depth of the pool will be 10.5 feet and feature six 25-meter lanes.

Grant voters approved a bond issue of up to $2.4 million to pay for the new pool.

Dunn said the park and rec board has applied for a $562,000 grant from Civic and Community Center Financing Fund, which is administered by the Nebraska Department of Economic Development.

If awarded, the bond amount could be reduced. A significant amount of private money has also been raised to fund the new pool.

The targeted completion date for the pool is Memorial Day weekend 2021.