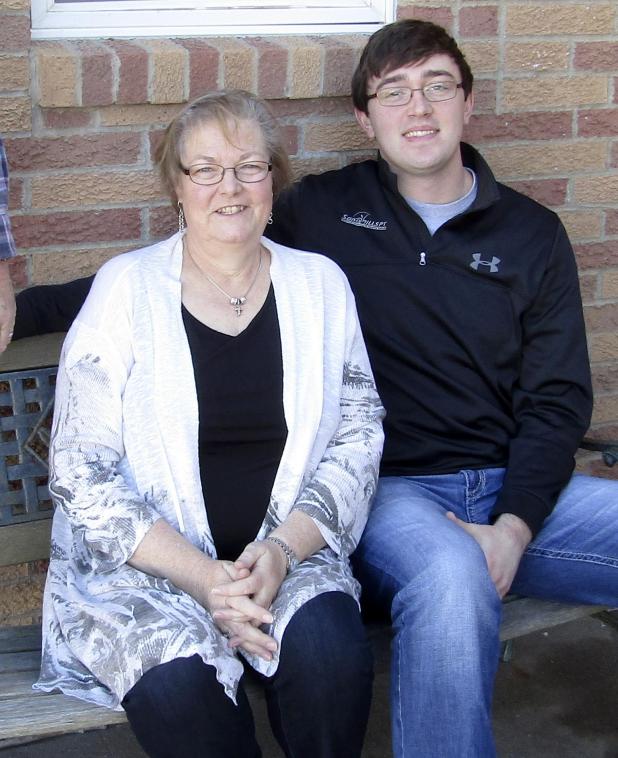 Carol Friesen of Wallace and son-in-law Wiley Sowle of Grant experienced a unique and successful organ donation in 2016.

Grant resident Wiley Sowle and his mother-in-law Carol Friesen from Wallace, both have Type O blood. A trivial fact that Wiley learned from a conversation a while ago when he first started dating Carol’s daughter Katie, but one that, unbeknownst to them, would prove to be of value.

Although 61-year-old Carol doesn’t remember the conversation with Wiley about their similar blood types, she would be most thankful years later that she and the 28-year-old, who went on to marry her daughter, share this common feature.

When someone needs an organ transplant, as Carol did in 2015, having the same blood type is important.

Carol has a disorder of her kidneys called Thin Basement Membrane Disease (TBMD) that, according to the website www.kidney.org, affects the tiny tufts of capillaries (small blood vessels) in the kidneys that filter wastes from the blood. It is a rare disorder that has been diagnosed in less than 1 percent of the population and can lead to kidney failure, as it did for Carol in late 2015.

In early 2016, Carol, her husband Vern and their family, began the process of getting Carol in line for a kidney transplant.

When Wiley heard of the need his mother-in-law had, he remembered their shared blood type and he knew what he had to do.