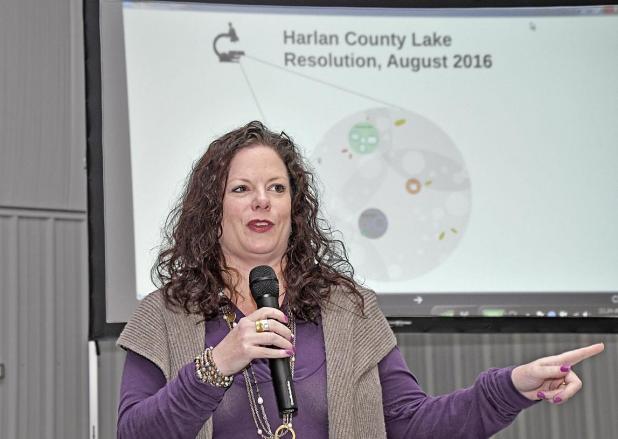 Kansas Secretary of Agriculture Jackie McClaskey spoke at the URNRD’s second annual water conference in Imperial Monday, March 27. She shared how Kansas, Nebraska and Colorado have been able to put differences aside and work together on water issues in the Republican Basin that face all three states.

The story behind how Nebraska and Kansas resolved their water differences

After nearly 20 years of litigation that twice ended up before the U.S. Supreme Court, just how did Kansas and Nebraska finally work out their differences on water in the Republican River Basin?

Beginning in 1998, Kansas sued Nebraska and Colorado, claiming they were using more water from the Republican River than entitled.

Kansas believed their water users were being cheated out of water that was rightfully theirs due to overuse by the two upstream states.

Twice the matter ended up in front of the U.S. Supreme Court.

In 2003, the court approved a settlement that would ensure Kansas got the water they were entitled to.

After Nebraska and Colorado failed to meet their obligations under the settlement, Kansas started litigation again in 2010.

This time, Kansas not only wanted their water but another $70 million in damages and a shutdown of half of the Nebraska groundwater wells in the basin.

In 2015, the U.S. Supreme Court issued another ruling dealing with the litigation that started in 2010.

Nebraska came out ahead. They only had to pay Kansas $5 million in damages; no shutdown of irrigation was ordered; and they gained better compact accounting and crediting for compliance efforts and credit from imported water from the Platte River Basin.

It started with phone call

Still, emotions ran deep on both sides of the border after years of feuding over water.

But over the last 33 months, a series of almost ironic events unfolded that brought Kansas and Nebraska to the same table. A new sense of cooperation was born between Kansas and their water rivals in Nebraska and Colorado.

It all started with a phone call from URNRD manager Jasper Fanning to Kansas’ new secretary of Agriculture, Jackie McClaskey.

She said she can remember  like it was yesterday when she got that first call from Fanning while sitting in her car.