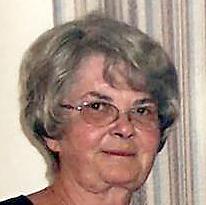 Connie was born Aug. 4, 1951, at Sutherland, Neb., to Keith and Betty (Shuey) Larsen. She attended rural school in Perkins County before graduating from Grant High School with the class of 1968. Connie attended nursing school in Denver, Colorado where she obtained her CNA certification.

On Oct. 31, 1975 Connie married Paul Taylor at Grant. They made their home in Grant and were blessed with three children, Bill, Mike and Rabecca.

Connie had worked at both Golden Ours Convalescent Home and Indian Hills Manor before eventually taking a position at ASC in Ogallala, Neb.

Connie was known, and admired by her family, for her strong work ethic. She had an earthy sense of humor that made her approachable. Connie also had a notable stubbornness that fed her independent spirit. She loved to shoot pool and play KENO. Connie had been active in pool league for many years.

Connie was an avid gardener and she loved sewing items for her grandchildren. Connie had a unique ability to figure things out in order to fix things that others deemed useless.

Connie was preceded in death by her father, Keith Larsen; longtime friend, Steve Hansmeier; along with her grandparents, Lawrence and Florence Larsen and Leroy and Clarice Shuey.

A memorial has been established in her memory for later designation by the family. Condolences may be shared at bullocklongfuneralhome.com.

Memorial services for Connie will be on Saturday, Feb. 24, 2018 at 1 p.m. at the Grant United Methodist Church. Interment of cremains will be in the Grant Fairview Cemetery.