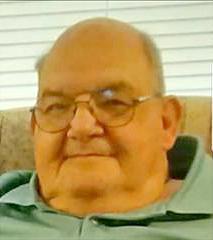 David Ballenger, 69, of Elsie, Nebraska, passed away Monday, Dec. 25, 2017, at Great Plains Health in North Platte, Neb.
David was born Feb. 14, 1948, in Callaway, Neb., to Carl and Loma (Longmore) Ballenger. He attended school in Callaway briefly, before his family moved to Overton, Neb., where he graduated from high school. David attended college in Omaha, Neb., before being drafted into the U.S. Army, where he served as a helicopter mechanic.
On Dec. 18, 1969, David was united in marriage to Wanda Longmore while he was stationed at Ft. Benning, Georgia. Following his discharge in 1971, the couple moved to Cozad, Neb. Five years later, they moved to Thedford, Neb., where they both worked at the service station. In 1984, the Ballengers moved to Elsie, where David was employed with the Perkins County Department of Roads; he stayed with the county for the next 29 years, retiring in 2014.
David was a devoted Husker fan. He had a good sense of humor and joked with everyone he met. David never knew a stranger. He was an avid card player, especially favoring five-point pitch, rummy, and hearts. Family gatherings at the Ballenger house always involved good meals, laughter and card-playing. David was lighthearted and his caring spirit will be missed immensely.
David was preceded in death by his wife, Wanda; twin brother, Dale; brother, Daryl; and an infant brother, Wesley.
Survivors include his three children, Scott (Christa) Ballenger of Lincoln, Neb., Ken Ballenger of Thedford, Mindy (Scott) Rosentrater of Elsie; 7 grandchildren, Natalie, Brandon, Erica, Avery, Brooke, Tucker and Parker; three sisters, Darla (Larry) Banzhaf of Eustis, Neb., Dorothy (Rod) Longmore of Cozad, Neb., and Dea (Tino) Lopez of Brownwood, Texas; and many other relatives and friends.
A memorial has been established in David’s memory for later designation by the family. Condolences may be shared at bullocklongfuneralhome.com.
Services were held on Friday, Dec. 29, 2017, at the Elsie United Methodist Church with Pastor Tammy Aubushon officiating.
Bullock-Long Funeral home of Grant was in charge of arrangements.