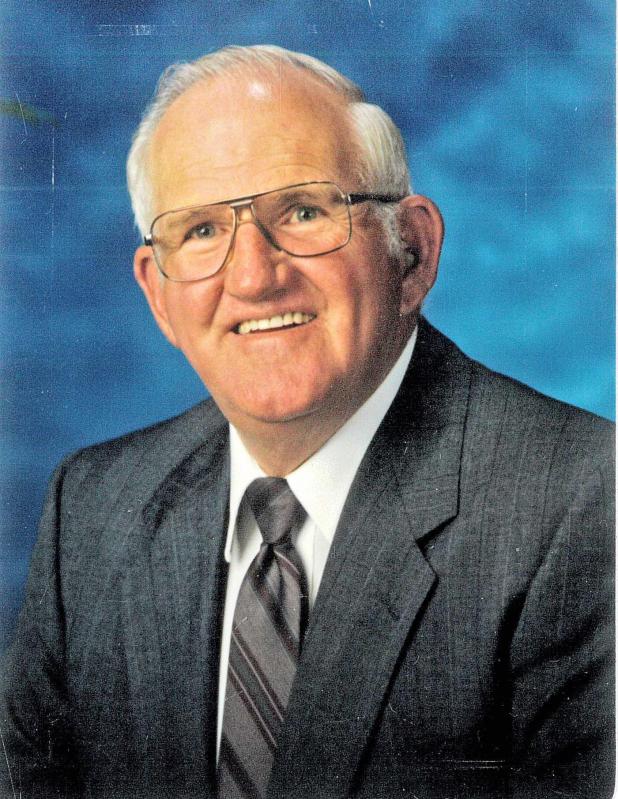 Duane Ralph Clough,  90, passed away on January 3, 2021 at Community Hospital in McCook.

Duane was born July 16, 1930 in Wallace, Nebraska to parents Ralph and Delphia (Kenney) Clough. Duane grew up in Wallace and attended school there all twelve years. He then went on to attend Midland Junior College in Fremont, Neb. for one semester before going to work for the Nebraska Department of Roads.

On December 23, 1950, Duane married Doris (Rowan) Clough of Wallace. They were married at the Wallace Methodist Church. Because of Duane’s job, the couple moved several times throughout the years and spent time living in Grant, Stratton, McCook and Franklin, Neb.

In February 1952, Duane was drafted into the Marines. He proudly served his country while stationed in California for basic training and in Hawaii and Japan. Duane and Doris’ oldest son, Richard, was born in California.

In January 1954, Duane was discharged from the Marines and the family moved to Holdrege, Neb. to continue his work with the department of roads. While living in Holdrege, sons Rodney and David were born.

When his boys got old enough to play Little League Baseball, Duane began coaching. He was also a Cub Scout Leader and Boy Scout Leader. Duane enjoyed hunting and fishing with his sons.

In 1970, Duane was transferred to McCook where he retired from the Nebraska Department of Roads in 1995 after 48 years. Duane was a member of the Wallace American Legion Post #213 for many years.

Duane was preceded in death by his parents; sister and brother in law, Dolores (Wayne) Sides; sister in law, Mildred Clough and brother Lloyd Sparks.

A Memorial Service in honor of Duane will be held at a later date.

Carpenter Breland Funeral Home, McCook, has been entrusted with the arrangements. Please visit our website at www.carpenterbreland.com to sign the online guestbook for the family.