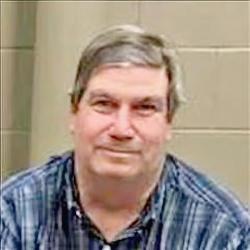 George was born May 26, 1964 in Oshkosh, Neb. to Ev and Marjory (Kosmicki) Dietlein.  He attended grade-school at the country school house on the Dietlein family ranch, north of Oshkosh before graduating from Oshkosh High School with the class of 1982.

George spent his years on the ranch enjoying what the rural life had to offer; hunting, fishing, riding dirt bikes, and getting into mischief with his older brothers.  At the same time he worked very hard on the ranch and helped manage the large summer haying crews.

After high school George left the ranch to pursue work in the Agricultural field.  He went to work for Hi-Line Coop and became the Operations Manager for many years.  George was a hard worker and dedicated himself to the task at hand.  George stood out for his dependability, uncut honesty, and his commanding voice.  Leaving Hi-Line Coop allowed George to spend quality time with his son, Jaden, during his senior year of high school. George was a devoted father and was deeply proud of the young man Jaden had become.

George’s life was undoubtedly too short, but it is comforting to know that he enjoys a new peace.  George was preceded in death by his older brother, Daniel and his grandparents.

A memorial has been established in George’s memory for later designation. Condolences may be shared at bullocklongfuneralhome.com. Memorial services will be held on Tuesday, Feb. 25, 2020 at 2 pm at the New Hope Church in Ogallala.  Internment of cremains will be in the Oshkosh Cemetery at a later date.