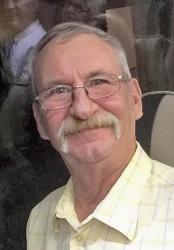 In August of 1968, Jim was inducted into active duty service with the U.S. Air Force serving as firefighter chief. Following his honorable discharge in 1977, he started at Scoular Grain Company until 1992. Jim then began farming with his father on the family farm until his retirement in 2015.

On September 1, 1984, Jim married Karma Brott, and the couple made their home in Wallace.

Jim enjoyed fishing, hunting, dirt track racing, gardening, spending time with grandkids, and all of his hunting and fishing buddies. He also loved his dogs. Jim was an avid Nebraska Cornhuskers fan and Denver Broncos fan.

A memorial has been established in Jim’s memory for later designation by his family. Condolences may be shared at bullocklongfuneralhome.com.

Services will be held on Saturday, June 6, 2020, at 10:00 a.m. CT at the Wallace Park in Wallace, Neb. with John Long officiating. Interment of cremains will be at Ft. McPherson National Cemetery at a later date.