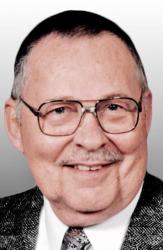 Following his discharge, John continued working on his education. From a young age, John sought God. It was while working at a Catholic social services dormitory for girls where he came to realize his call to the pastoral life.

He would enter the Eastern Baptist Seminary, and subsequently, the ministry, as a United Methodist Pastor. He served several churches in Pennsylvania before God called him to what seemed like an unlikely place in 1971, Wallace, Neb.

John pastored the United Methodist Churches of Wallace, Grainton and Elsie for nearly 15 years. It was also at Wallace where he met his bride, Jeanette Hasenauer-Dawson. The two were married on Dec. 2, 1972 at the church.

In 1985, the family moved to Dundy County, where John pastored the churches at Benkelman and Max. John had a heart for the people, which led to a series of retirements, and “un-retirements” to serve those without a pastor. He would go on to serve the churches at Maywood, Wellfleet and Haigler for these reasons.

In 2017, John and Jeanette moved to Centennial Court in North Platte.

John embodied the idea of a community pastor. When it was time for a branding, there was John Kilgore, in the thick of things. When it was harvest time, John might be driving the grain cart for a parishioner. When Wallace needed emergency services, John led the effort to get an ambulance and help train the EMTs.

His ministry wasn’t restricted to a church office; his pulpit was out amidst the people of his community, whom he loved. He was a Good Neighbor, a pastor, husband, father, fireman, EMT, sheriff, mayor, carpenter, teacher, harvester, truck driver, poet, leader of scout ministries, servant of God and His people.

While training EMTs, John often taught about the “golden hour” when a trained person could make a substantial difference for the one in need of care. Thank you, Pastor John Kilgore, for all the Golden Hours you gave, making an extraordinary difference in the lives of those around you, for being the city boy who found a home in Wallace, and for being the hands and feet of Christ in the communities you served.

In lieu of flowers, a memorial has been established in John’s memory for later designation. Condolences may be shared at bullocklongfuneralhome.com.