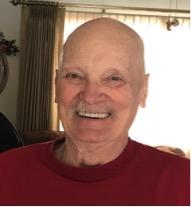 Larry Eugene Brixius, 77, of Milliken passed away unexpectedly at his home on August 29, 2020.

He was born on January 29, 1943 to Cecil and Margaret (Makinster) Brixius in Grant, Neb. Larry is the third of four brothers, Richard, Danny, Charles.

He attended a little country school and graduated from Perkins County High School in Grant.

He joined the Navy in 1960 and was a helicopter crewman and served on two west Pacific tours of duty.

He was honorably discharged in 1964.

He met and married Connie Miller of Julesburg, Colo. on December 31, 1970.

He worked various construction jobs until he started his career at Kodak of Windsor from 1976 through 2003 when he retired.

He spent his remaining years enjoying the easy life.

His best loved hobby was reading and his dog Sadie.

He is survived by his wife Connie, children Tina and Scott, grandchildren Colin and Elias and brothers Richard and Danny.

He was preceded in death by his parents and brother Charles.

A reception will follow. Memorial gifts may be made to the “American Heart Association” in care of Adamson, 2000 47th Ave., Greeley, Colorado 80634.

Friends may leave condolences at AdamsonCares.com.