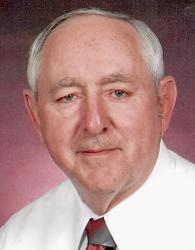 Richard Goucher passed on May 12, 2020, at 7:50 p.m. surrounded by his wife, Karen, and his two sons, Greg and Brent Goucher. He was well known for being a loving husband, father, grandfather, and farmer.

Richard was born to George and Vera (Fuller) Goucher on February 28, 1944, in McCook, Nebraska. He began his education in a small country school until fifth grade and transferred to Grainton Grade School where he graduated from the eighth grade. Richard graduated from Hayes Center High School and finished his education at McCook Community College. He was drafted into the U.S. Army under the 25th infantry division during the Vietnam War.

He finished serving in 1967 and soon after he would go on to marry the love of his life, Karen Cummings. On July 22, 1967, they started their life-long marriage on the family farm. While living and working on the farm, he loved the fresh smell of breaking the soil every spring. Two years after marriage, they had their first child, Gregory George, in 1969 and soon after had Brent Douglas in 1971. In 1981, the family moved to Grand Junction, Colo., where he worked in the trucking industry and carpet cleaning business. After Karen retired from nursing, they spent their time on the road driving for Marten Transport. One of their biggest accomplishments within the company was each traveling two million miles without accidents across the United States. After 14 years they retired to Wallace, Neb., living a simple life together traveling the country and visiting family. Towards the end of his life they returned to Grand Junction, where he later passed.

Memorial contributions can be made to Wallace American Legion Post 213, https://centennial.legion.org/nebraska/post213.

Services will be held at a later date.