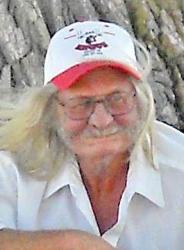 Roy Lee Mitchell, 67, of Sedgwick, Colorado, died and entered into eternal peace June 27, 2017, at “the farm” just outside of Sedgwick. Roy was born Aug. 15, 1949, in Sidney, Nebraska, to James Mitchell Jr. and Violet Anderson.

Roy lived with his half brothers, Gary and Larry, his father and step-mother, Lois Bonser, in Brownson, Nebraska, where he attended school until the 10th grade.

At the age of 15, he moved to “the farm” in Sedgwick to work for Tony and Violet Christensen. Tony and Violet and their children, Joyce, Larry and Jackie, became an extension of his family, and he loved them like they were his actual parents and siblings.

On Dec. 22, 1970, Roy married Shirley Modrell, and they had two daughters, Tina Marie in 1971 and Rikki Anae in 1983. Roy was very proud of his daughters and said they were one of his greatest accomplishments in life.

Roy met Delavon Rogers in 1999, and they remained lovingly devoted to each other throughout the remainder of his life.

Roy was a very loyal man and spent his whole life working at “the farm,” with the extent of his vacations being a weekend trip to Denver to take his daughters to the zoo, Elitch Gardens, the museum and other attractions in the area, which were always very special times for his daughters. In 1994 Roy purchased his first silage chopper and did custom work for many other farmers, in addition to working at “the farm,” which he did for many years.

Roy enjoyed spending time with his grandchildren and taught them many of life’s lessons at the farm. In addition to his grandchildren, Roy also took many young men under his wing and taught them the value of hard work and the rewards it can give one in life. He was always there to lend a hand or help any person in need, even if it meant giving up something he himself needed.

Roy had a great love of life and knew how to enjoy every moment. He had an extreme fondness for music, and one would often catch him singing along or dancing to one of his favorite songs. Roy also enjoyed going to flea markets and auctions and collecting “stuff.”

Another one of Roy’s favorite things was taking a drive on a lazy Sunday afternoon, enjoying a Jack and Coke while checking on his cattle or just enjoying the countryside.

A Celebration of Life service will begin at noon Saturday, July 15, at the Sedgwick Lions Den and will continue well into the night. Roy always enjoyed a good party and would expect everyone to be there having a good time and remembering his life!

Interment of cremains will take place at a later date.

In lieu of flowers, donations may be made to the Sedgwick Volunteer Fire Department for the many times they helped Roy at “the farm.”