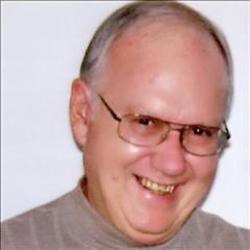 Stanley R. Loeffler, 81 of Grant, passed away Wednesday, Feb. 19, 2020, at Golden Ours Convalescent Home in Grant.

Stan grew up on farms in the Arkansas Valley and the Cheraw, Colo. areas. He graduated from Cheraw High School in 1956. He enlisted in the U.S. Air Force and received an honorable medical discharge.  After several jobs in the LaJunta, Colo. area, he met and married Merle (Goodrich) Loeffler at the St. Peter’s Lutheran Church in Rocky Ford, Colo., on June 7, 1958.

He farmed in the Cheraw area for several years, receiving the “Young Farmer Award” from LaJunta Chamber of Commerce. In 1975, he sold their farm and moved to Grant, Neb. He was an officer at Farmers National Bank for several years, and then he became a salesman for Sargent Irrigation for over 25 years, where he retired in 2011.

A memorial has been established in his memory. Condolences may be shared at bullocklongfuneralhome.com.

Funeral Services will be Monday, Feb. 24, 2020, at 10:30 am at Zion Lutheran Chruch in Grant with Pastor Ben Francisco officiating. Services will be streamed live at ziongrant.org, for those unable to attend. Burial will be in the Grant Fairview Cemetery.

Visitation is Sunday from 1 to 3 p.m. at Bullock-Long Funeral Home.