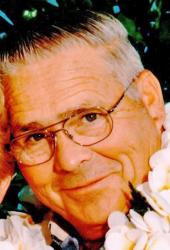 Terrel was born on Nov. 14, 1940, to Florence and Leland Dixon in Leroy, Kansas, where he grew up and graduated high school.

On June 13, 1959, Terrel married Sharon Lee Dupuy in Humbolt, Kan. They lived in Topeka, Kan., for five years before moving to several different towns and states as part of Terrel’s job working for a company that buried underground telephone cable.

Terrel was a hardworking man who enjoyed working around the house and in his yard after he retired. He loved to travel with Sharon, especially to Hawaii, where they spent numerous vacations.

Terrel was a loving and devoted husband to Sharon for 55 years until she passed in 2015.

Terrel was preceded in death by his parents. He leaves behind one son, Keith, a daughter-in-law, Peggy, and two grandchildren, Justis and Allison, who live in Maryland.

Online condolences may be shared at www.carptermemorial.com. Cremation was chosen and services will be a private family affair.

Carpenter Memorial Chapel is in care of arrangements.