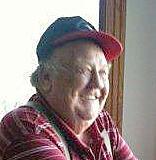 Vern was born July 18, 1936, in Holyoke, Colorado to John and Edith Woodmancy. He graduated from Phillips County High School with the class of 1955.

In December of 1955, Vern entered the U.S. Army, where he served the majority of his time in Italy. He was discharged in January of 1958.

Vern had been working on the railroad and farming until March of 1965 when they relocated to a home northwest of Grant. Vern continued to farm and raise livestock until 2015 when he took a less active role in the operation.

Vern loved his work and never had much of an urge to invest time into hobbies. He did, however, cherish the many trips and cruises that he got to take with his wife, Delores, over the years.

Vern was a member of both the Masons and Elks.

Vern was preceded in death by his parents and his 11 siblings.

A memorial has been established in Vern’s memory for later designation. Condolences may be shared at bullocklongfuneralhome.com.

Services will be on Friday, April 13, 2018, at 10:30 a.m. at the Grant United Methodist Church with Pastor Elmer Armijo officiating. Burial with military honors will be in the Grant Fairview Cemetery.

Visitation will be on Thursday, from 1-7 p.m. at the Bullock-Long Funeral Home in Grant.