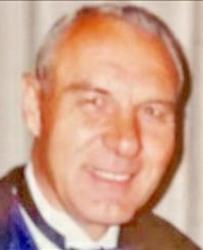 Wendell was born June 13, 1943, at Imperial, Neb., to Harry and Marie (Krumm) Shalla. He graduated from Grant High School with the class of 1961. While in High School, Wendell worked at Kellog Grain.

Wendell’s ornery and fun-loving personality had him frequently pranking or being pranked by others. One such prank resulted in Wendell’s need for medical care, which in turn, allowed for him to meet the love of his life, Marcia Power, who cared for him at the hospital.

On Aug. 29, 1965, Wendell married Marcia at McCook, and their union was blessed with three children, Michael “Sparky”, Traci and Steven.

Wendell worked as a Drivers License Examiner in McCook for many years. He later went to work at CSI in Imperial where he drove a truck hauling gas. Wendell worked as a mechanic at the Co-op before eventually moving to Grant in 1981.

Wendell decided to buy his own truck, which he then leased out to other companies for a while, before picking up his own runs. Wendell logged well over one million miles on the road and earned himself a ring for his safe driving, which was the subject of humor between him and his family and friends that knew him best.

Wendell Shalla’s personality was bold print on a page of plain text. He was the kind of man that one would meet and remember. He liked to go fast in his trucks, in his making of friendships and his playful teasing.

Wendell loved his grandkids and enjoyed watching them compete, and never missed an opportunity to attend their sporting events. One year Sterling, Colo., and Ogallala both made it to state in basketball. He was able to watch one grandchild play in the morning at Lincoln, then turned around and drove to Denver to watch the other grandchild play that same day.

He lived a great deal of life in his 76 years, and in true Wendell Shalla fashion, it seems to have gone by too fast.

Wendell was preceded in death by his parents.

A memorial has been established in Wendell’s memory for later designation. Services will be streamed live at bullocklongfuneralhome.com for those unable to attend.

Services will be held on Saturday, Sept. 14, 2019, at 10:30 a.m. at the Grant United Methodist Church with Pastor Lorri Kentner officiating. Burial will be in the Grant Fairview Cemetery.