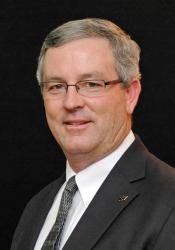 We are already a fourth of the way through this 60-day session. Over the last several weeks I have been discussing some of the bills that I have introduced this year.

Another bill is LB 1072, which I introduced because of the devastating spring floods last year.

This bill would give bonding authority to any natural resources district in the state of Nebraska for flood protection projects. This is similar to what the Papio NRD has currently, which serves Douglas, Sarpy, and Washington counties within the Papillion
Creek Watershed.

These projects may include structures like channels, canals, dams, reservoirs, basins, and levees. It is important legislation for those natural resources districts in northern and eastern Nebraska to mitigate risks that may be in our future.

There are numerous levees within the northern and eastern Nebraska river systems that were washed away in the spring flood. There has been a challenge in getting those levees rebuilt.

LB 1072 would allow natural resources districts to earmark 1 cent of their levy authority for bonding. The 1 cent has to be within the NRD’s levy lid of 4.5 cents.

It would give any NRD funds for cost-share to apply for matching grants in order to build flood mitigation structures. This will mean not only with state dollars but with federal dollars as well.

The state of Nebraska does not have a hand in the maintenance or construction of those mitigation structures, because the state has made natural resources districts fully responsible for flood control and levees within the state.

The Papio NRD has had access to this type of program for several years. They have built several structures for flood control north of Omaha. There was no flooding on the Papio Creek with the spring flood compared to the streams and rivers to the north and west of Omaha.

Another part of this bill will include AM2171, an issue that came too late to be introduced as a bill, so we have to introduce it as an amendment. It will be heard the same day as LB 1072—Feb. 5.

This amendment will allow Gering-Fort Laramie Irrigation District to borrow the funds they need to repair a collapsed canal tunnel in time for the 2020 irrigation season.

Currently, surface water districts are forbidden from borrowing money. They have to operate within their budget every year.  They need additional dollars in which to pay for repairs and enter into contracts for the repairs to those tunnels and canal systems that they have for surface water in order to move forward.

Please feel free to contact my office with any questions or concerns that you might have. My email address is dhughes@leg.ne.gov . My phone number is (402) 471-2805.

You can read more about bills and other work of the Legislature at www.nebraskalegislature.gov, and you can click on the Live Video Streaming NET logo to watch sessions, hearings, and other Capitol events.

If you would like to speak directly to me about legislative issues, join the Great Plains conference call Tuesday at 7 a.m. MT or the McCook Chamber Conference call Thursday at 8 a.m. CT. Call the office for call-in numbers.