Hughes' Views: State to do environmental reviews on road projects 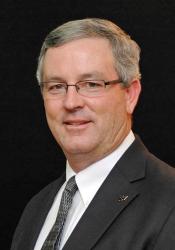 The interim months are slowing down and the session will soon be upon us.

Over the last months, there has been plenty to update on as we accomplished things over the summer break.

This week I would like to update everyone on a Memorandum of Understanding signed by the State of Nebraska that will help set Nebraska apart.

A Memorandum of Understanding (MOU) is a nonbinding agreement between two entities that outlines each entity’s responsibilities.

This memorandum took many months to work out the details, it took collaboration between the Nebraska Department of Transportation, as well as, the Legislature.

Being chairman of the Natural Resources Committee, it took some cooperation between my committee and Senator Friesen, the chair of the Transportation and Telecommunications Committee.

On Wednesday, Sept. 5, a MOU was signed between the Nebraska Department of Transportation (NDOT) and the Federal Highway Administration (FHWA).

Now, NDOT will assume FHWA’s environmental review responsibilities for federally-funded transportation projects that are classified as Categorical Exclusions under the National Environmental Policy Act (NEPA) of 1969.

Categorical Exclusions are the most common level of review under NEPA for infrastructure projects in Nebraska.

This memorandum will take away the federal involvement up front on a project and give the State of Nebraska those environmental responsibilities.

But it still allows for Federal review of the project, once completed, if concerns are raised.

Approximately 95 percent of the state’s transportation projects will now be able to be reviewed directly by the state. This will help cut the time and expenses of a project.

With the environmental reviews being considered by the State of Nebraska, we will continue to keep our state clean and in compliance, and the federal burden on our state will be greatly reduced.

I know there have been some concerns with the recent escapes from the McCook Work Ethic Camp (WEC).

I have been in contact with Department of Corrections Director Scott Frakes and WEC Warden Pam Morello.

In response to the recent escapes, they will be installing razor wire around the entire perimeter, as well as installing more surveillance cameras to help provide additional coverage to the facility at all times.