From the Pulpit: Worthy of the gospel 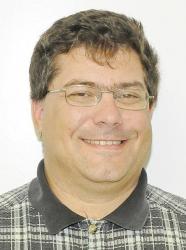 December 31, 2019 – Chinese authorities report dozens of cases of pneumonia from an unknow source. A few days later, a new virus is identified. January 21, 2020 marked the first case in the U.S; the first U.S. death followed on February 29. In March, professional sports where delaying the end of their seasons and the NCAA basketball tournaments were cancelled; schools and businesses were closed; the country shuttered businesses, closed restaurants, churches stopped meeting and in various places people were ordered to stay at home. The coronavirus pandemic was in full swing. Then after a few months of lockdown, we started hearing about “murder hornets” and then protests (and riots) dealing with racial issues in our society. It has definitely been an interesting year!

This isn’t, of course, the first time that people have found themselves in difficult times. The apostle Paul finds himself in trouble a lot. He wrote his letter to the church in Philippi from prison. He seems to think that there is a good chance he won’t get out alive. Paul also seems to think that the Philippians will suffer for the sake of Christ. With such difficulties in front of him, Paul encourages the church to live “worthy of the gospel of Christ” (Philippians 1: 27).

This phrase captures the Paul’s meaning. Literally, he writes that the church should “behave as citizens worthy of the gospel.” As a Roman colony, the city of Philippi was full of Roman citizens. They understood what it meant to be a part of a great society. Paul seems to be using the language of citizenship to remind them of their real home in heaven, and to challenge them to live according to what is worthy of eternal life.

Paul expands on what it means to be worthy with three subjects over the next couple of verses. He speaks of unity among believers, of issues with fear and how well the church displays the gospel.

It seems worth asking, in the face of the struggles our nation has faced this year, if we have lived worthy of the gospel. It seems to me that the pandemic and events that have followed it have exposed some significant issues in our society, and in particular, issues related to these verses from Paul. Over the next few weeks in this space we’ll take a look at how well we’ve done. Because it seems we have some work to do.