Shootin' the Breeze: America’s troubles go much deeper than Trump 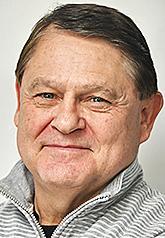 As Americans, we saw something Jan. 6 at the U.S. Capitol that none of us could have ever imagined when people protesting the results of the November presidential election stormed the halls of Congress.

Reactions to the event vary, falling in line with the political chasm that divides our country today.

Regardless of your political bent, I’m sure most common-sense Midwesterners would all agree that those who breached the walls of Congress should be punished for their destructive actions that ultimately resulted in the loss of life.

I also believe that most would agree that Trump’s supporters had every right to march on Congress—peacefully.

However, one of the problems facing our country rests with the double standard that exists in such situations.

Some protesters became rioters and thugs, looting businesses of all sizes in their own communities and torching others. All kinds of video footage shows the faces of looters and arsonists. But unlike Jan. 6, there was no outcry from the left to identify and prosecute those perpetrators.

Was it because of race? Or politics?

House Speaker Nancy Pelosi said the Jan. 6 marchers and protestors chose “their whiteness over democracy.” If that isn’t race-baiting, then what is?

The reactions to last week’s event should trouble not just conservatives but ALL Americans.

Bit by bit, Big Tech continues to chip away at our civil liberties granted to each and every one of us in the First Amendment.

Among the intents of the First Amendment, our founders wanted to ensure that a person’s right to free speech not be silenced by government.

While it may not be the government, they stand silently by as Big Tech does the job for them.

All of the major social media giants—Google, Twitter, Facebook, Amazon and Apple—are doing all they can to stifle free speech by deciding what you can and can’t say on their platforms.

Yes, they are private businesses and control content in any manner they see fit. Yet, they do it under the guise of Section 230, part of a telecommunications act passed in 1996, that protects them from any liability of what people post on their services.

The fact that President Trump has been banned by the social media giants should frighten us all. Laugh now. If they can do it to him, who says you aren’t next.

These giants are in a league all unto themselves and have gotten so powerful that they can dictate the narrative to their liking.

Take Parler, for instance. This social media app started drawing millions of conservatives looking for an outlet where their viewpoints weren’t buries, or worse, censored by the left-leaning social giants.

Cooperatively, these giants decided it was Trump, Parler and the millions who frequent it, who were responsible for causing the riots at the Capital.

Almost on cue, Google banned the app from their Play Store. The next day, despite being one of their top apps, Apple banned it as well.

That was followed within hours by Amazon who said they would be shutting down Parler’s servers within 24 hours. (Amazon owns Amazon Web Services, which  runs many of the server farms across the country that fuel the internet.)

Talk about collusion. Oh? Isn’t that a violation of anti-trust laws the left has clung to for so many years to keep big business from becoming monopolies?

So you see, it doesn’t matter what your political leanings are because right now, these social media mammoths are calling the shots.

The troubles in our country go far beyond our soon-to-be former president, Donald J. Trump. The sooner all Americans wake up to that realization, the closer we can come to uniting this country, not dismantling it!