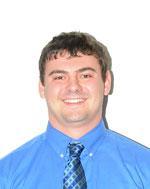 Steffen said their decision to move was “almost entirely because of family,” as they are both from the area.

He said he loved his time at Perkins County and enjoyed the opportunites to work with students at various levels and grow as a person, educator, and coach.

“We are excited about the opportunity to be closer to family and do what we love to do. I am extremely grateful for the kids and families I have had the opportunity to work with these past three-and-a-half years and I wouldn’t trade this opportunity for anything,” said Steffen.

Picquet said they always look at current staffing and how they can fill positions from within, and there are some possibilities there.

Picquet said it’s still early so they have time to get everything situated.

“The most important thing is to meet the needs of our kids,” he said.