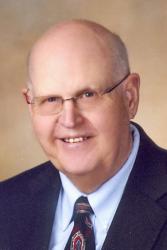 If you were going to compare Scott Frost’s first game as the head coach at Nebraska with a list of good things on one side of a T-chart and a list of the not-so-good things on the other, you would probably fill the good side with more entries. But the bad side, even if there were fewer entries, were killers, starting with a loss to Colorado.

The Buffaloes tried hard to help Nebraska out by missing a couple of field goals I think everyone on the CU side thought were give-mes, but as Coach Frost said in his post-game press conference, “Every time we thought we had done everything possible to lose the game, we kept coming up with another way.”

The real killer was the personal foul called on Antonio Reed on a third-and-24 on a pass that was not going to be caught. Automatic first down and precious time run off the game clock. Couple with an injury to Quarterback Adrian Martinez, the Huskers ran out of time even though walk-on quarterback Andrew Bunch didn’t do that bad of a job getting the Huskers in a position to at least get a throw into the end zone a couple of times to try and win the game.

As far as I am concerned, I think I saw more positive things happen during the game than I have seen in the last number of years. The Huskers made mistakes that is for sure. Two fumbles on their first two possessions that led to touchdowns for CU, but then the Huskers played really well and came back to take a lead in the game.

I think last year, the team may have quit after being down 14-0 in the opening quarter.

Martinez is a pretty good player. He had 117 yards rushing and 187 passing and did a lot of good things for a true freshman player. The defense did a good job at times, but it is a work in progress as is everything else. I thought both offense and defense played with enthusiasm the entire game.

It would have been nice to see what would have happened if the Huskers could have played their game last week. A lot of things can get worked out between game one of the season and game two, but the Huskers had a bunch of opportunities to win the game. It is going to be interesting to see how much this team can improve during the season.

Some of the sports news reporters have made the comment they think Nebraska can win eight games this season. I really hope they do that but I think it will be very difficult for them to win that many. Their Big 10 schedule is considered the toughest one they have had since they came into the conference and they are not deep at some positions.

I wonder what Tristan Gebbia is thinking today. Probably not much, but he would have been in that game in a situation where he could have scored a number of playing points with the coaches if not points to win a game, but I am sure he is comfortable at Oregon State.

The season has started for the Huskers and now hopefully all the hype and talk about Coach Frost will move into success on the field. I feel confident that changes in all aspects of the game will improve a bunch from what we have seen in recent years. Just watching the game with CU, I felt that in most cases the Huskers were physically stronger than Husker teams in the past and much more aggressive. Just looking at one stat and that is the seven sacks they had which is more than they have had in any one game in the past four years or so.

I know companies do not make advertising decisions without putting time and thought into them, but Nike may have moved out on a thin limb with using Colin Kaepernick as a reflection of their company.

I don’t know what the majority of people in the United States think about Kaepernicks protesting by kneeling when the National Anthem is played, but it will not play well with a lot of people. I don’t have a clue to what all has happened to Kaepernick in his life, but part of me says he is really smart. He was on his way out of the NFL and now I would bet he has a pretty good deal going with Nike and he doesn’t ever get tackled.

One more word about TeamMates

As the coordinator of the TeamMates mentoring program, I would like to thank those of you who have purchased raffle tickles for the two Husker football tickets we will be giving away in October.

The tickets were generously given to us by Dan Hughes and we thank him for that.

It is a great program started by Coach Tom Osborne and his wife back in 1991.

It’s a school-based program that helps students by providing another caring adult into their lives.

If you have had a mentor of any kind in your life, you know how much they help. I have been extremely lucky in having a number of them in my life.

The ticket sales will continue for a while, please stop by at the volleyball and football games and visit with us.