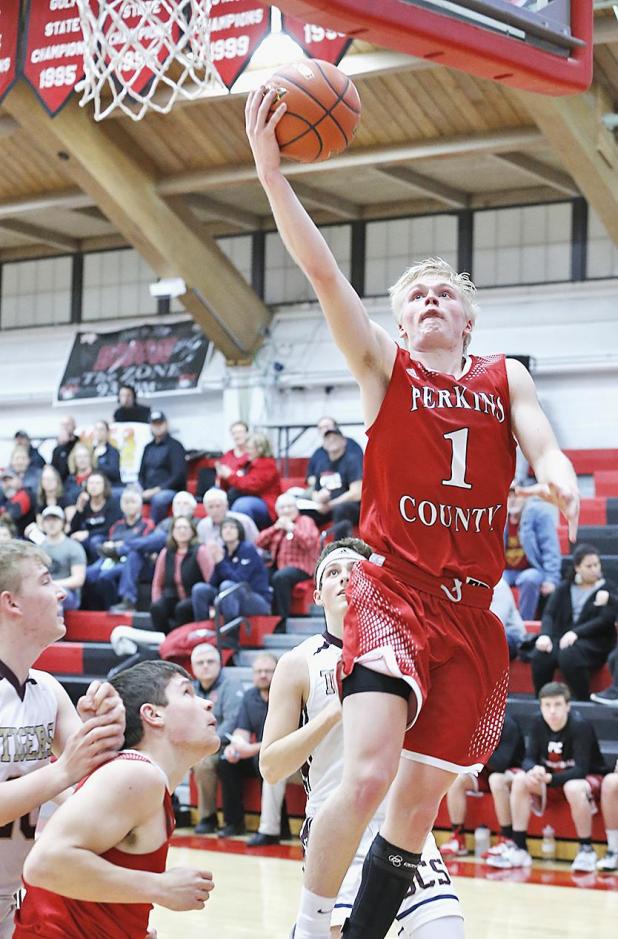 Hunter Garner goes up for one of his seven baskets last week in subdistricts. The sophomore finished with 21 points. 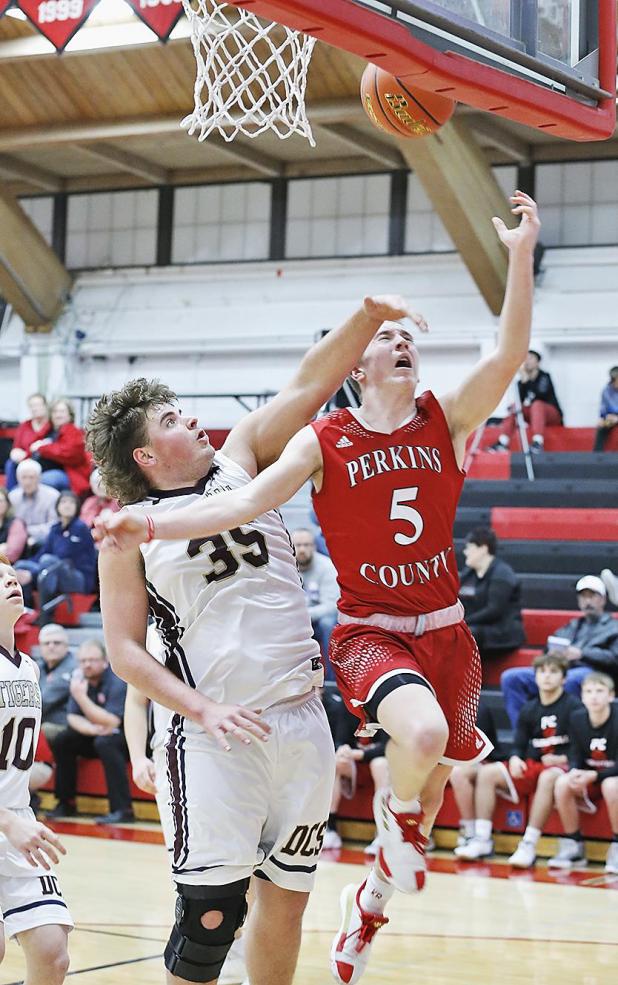 Triston Hite gets fouled while making a run at the basket during subdistrict action in McCook last week. Hite finished the game with 16 points.

Shawn Cole’s Plainsmen boys entered last week’s subdistricts having won three of their last four, playing well in the one game they lost down the stretch.

He was hoping they could maintain that momentum when they faced Dundy County Stratton in the first round of the C2-11 subdistricts in McCook Tuesday, Feb. 25.

The Plainsmen grabbed an early 2-0 lead, which unfortunately would prove to be on their only lead of the game.

The Plainsmen couldn’t get the ball to fall and found themselves trailing 16-4. From there, they went on a 5-2 run to close the deficit to nine at the end of the first quarter, 18-9.

The Plainsmen’s shooting woes continued while DCS dropped three treys during the second quarter en route to a 33-17 halftime lead.

The Plainsmen posted 13 in the third but gave up 23 to trail 56-30 going into the final quarter.

The momentum swung back to the Plainsmen early in the fourth, going on a 10-2 run to narrow the gap.

From there, the Plainsmen pulled back to within 13 twice  before DCS went on a 11-2 run to take the game back out of reach.

Hunter Garner paced the team with a 21-point effort. Triston Hite followed in double figures with 16.

DCS defeated Sutherland to advance to the district final with a 19-5 record against 20-4 Centennial Monday night in Holdrege.

Centennial won the state berth with a 52-47 win over DCS.