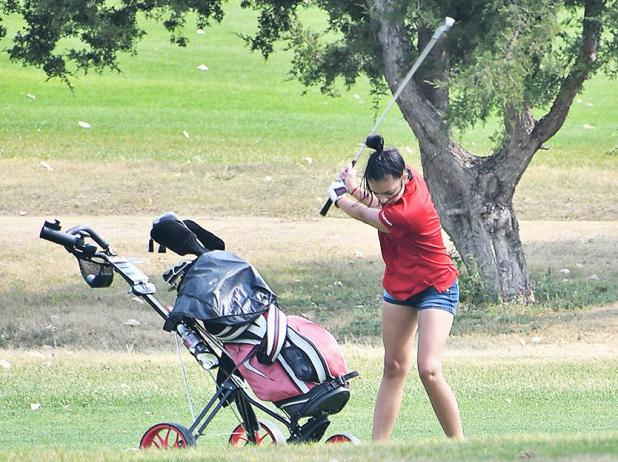 Sarah Cockerill turned in her best round of the season at Monday’s district meet in Ogallala.

Kayton Brueggeman led the Lady Plainsmen with an 18-hole score of 108, which was just nine strokes away from qualifying for the state tournament.

Kayla Reichenberg finished qith a 122, Emme Sims carded a 124 and Sarah Cockerill finished with a 129, her lowest score of the season.

Brueggeman and Sims each bettered their scores for the Crandall Creek scores during Monday’s competition.

The team finished eighth in the field of teams recording team scores.

Coach Rich Borman congratulated the girls for their ongoing efforts and accomplishments this season. He noted Monday’s meet was “very competitive.”

Kimball’s Payton Wise won the meet with a 76.

Mitchell won the meet with a 386, followed by Valentine with a 392 and Kimball with a 394. Those three teams advance to next week’s state tournament at the Elks Country Club in Columbus.