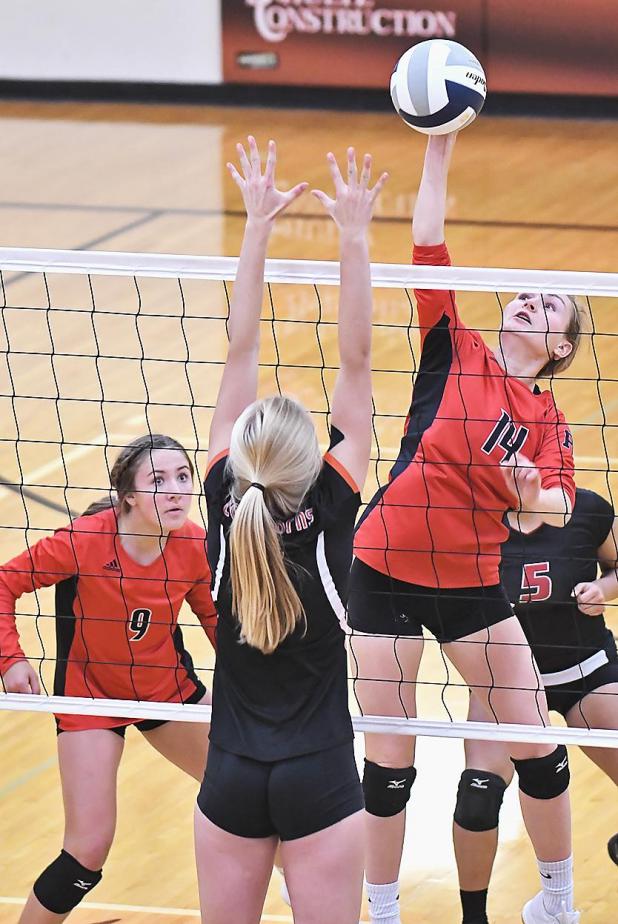 The Perkins County volleyball team fell to both Chase County and Gothenburg during the Chase County triangular Tuesday, Sept. 29.

Their first game of the evening was against Gothenburg. Coach Monica Cole said it has been quite a few years since Perkins County has been able to score more than 12 to 15 points in a match against the Swedes.

This year, however, the girls scored 18 points in the first set and 17 in the second, showing improvement over previous years.

The varsity team held their own against Gothenburg, even though they lost in two sets, Cole said.

The Lady Plainsmen then moved on to face Chase County. They won the first set, 27-25. Cole said she was proud of them for battling for the win.

The team, she added, flatlined on the game after that. The Chase County Longhorns defeated the Lady Plainsmen in the final two sets 25-12 and 25-13.

These games made their record 12-6 going into this week.

Tuesday, Oct. 6, Perkins County traveled to Wauneta for a triangular against Garden County and Wauneta.

Cole said the girls are excited for a big week, and the team worked on some things they know are important to do right.

“Execution and continued determination is what we need most at this point,” she continued.

The Lady Plainsmen will again face the Longhorns in Chase County on Thursday, with games beginning at 5:30 p.m.