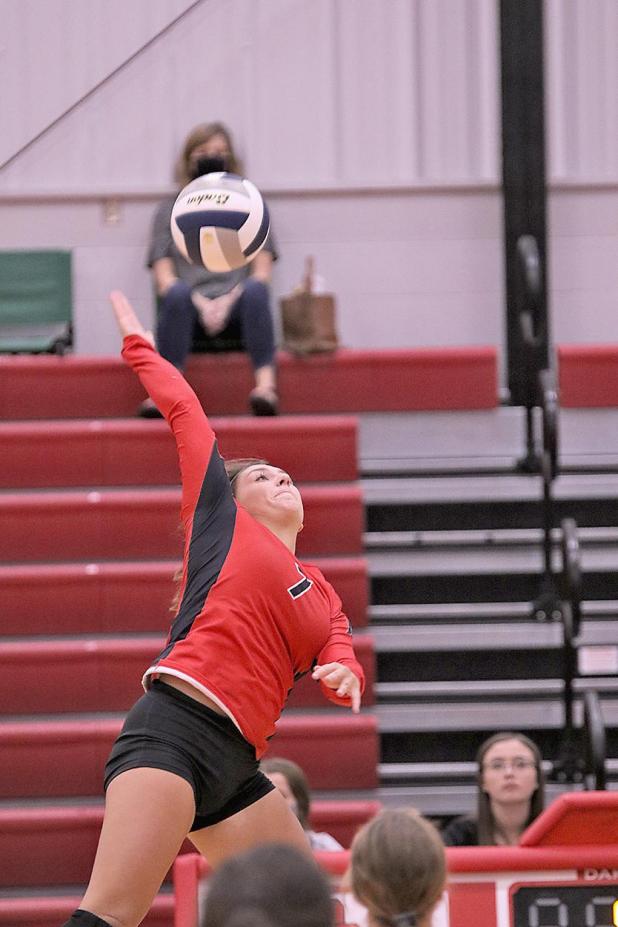 Coach Monica Cole describes the triangular against South Platte and Brady on Tuesday, Sept. 1 as a competitive night for the team.

The Lady Plainsmen played a two set game against South Platte, and they fell to the Blue Knights in both sets, 25-12 and 20-25.

Against Brady, the girls won their first set 25-19. Brady picked up their game in the second set, defeating the Lady Plainsmen 25-19. In the end, Perkins County took the victory 26-24 with an ace serve from senior Dani Burge.

Cole said the team’s passing at South Platte could have used some improvement, and being consistent in passing is a goal for the Lady Plainsmen in future games.

“Knowing that we have some things to work on, we will be working each day to get better at them,” Cole said. “I would love to see us become a bigger blocking team, but also just being able to find a hole with a power attack or picking it apart with a tip, reading the court and growing mentally.”