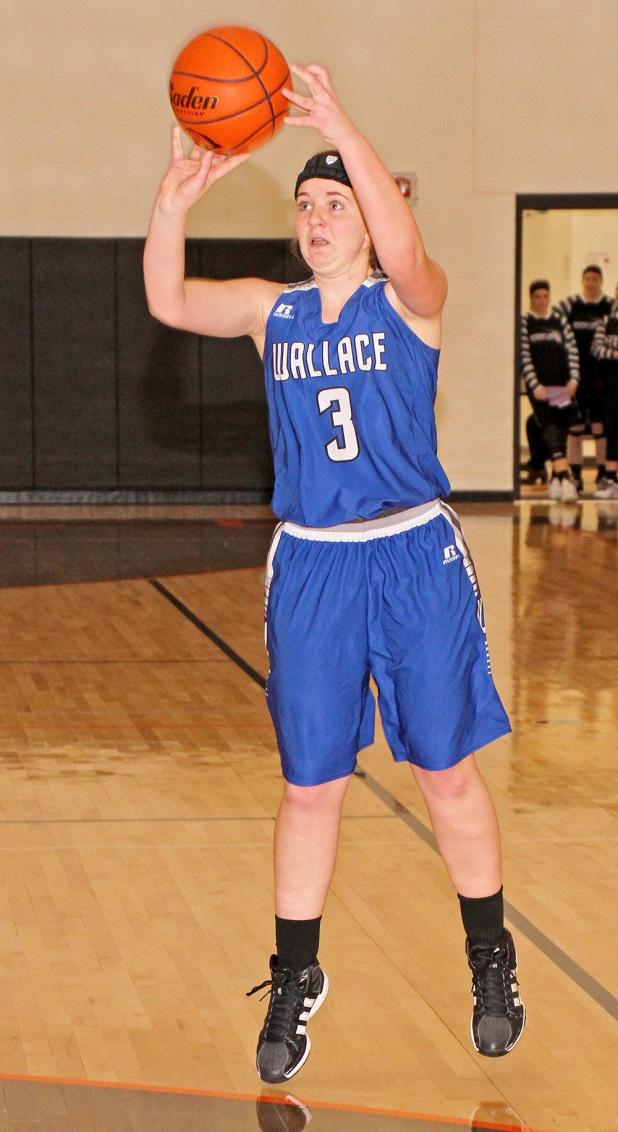 Nora Jameson
Junior Hailey Brooks shoots for 3 during the Wallace game against Paxton.

Lady Wildcats lose by one point

The Wallace Lady Wildcats suffered a tough loss on Wednesday, Jan. 24 against the Paxton Tigers in the second round of RPAC.

The first quarter was back and forth between the two teams, but the Tigers came out on top 15-12.

During the second quarter, the Wildcats stepped up their defensive intensity. Unfortunately, this wasn’t enough to out score the Tigers. The score at half time was 26-21.

The third quarter was similar to the second, Paxton scoring 12 points and the Wildcats scoring nine.

Both teams stepped-up in the fourth quarter.

It was an intense quarter for the Wildcats. They caught up with the Tigers 41-40, but at the last second, they missed the shot.

The leading scorer for the Wildcats was Hannah Nelson, a senior, who had 12 points.

On Tuesday, the Lady Wildcats played the Brady Eagles at home.

Results will appear in next week’s issue.

They will travel to Maxwell, on Friday, with games beginning at 5 p.m. CT.