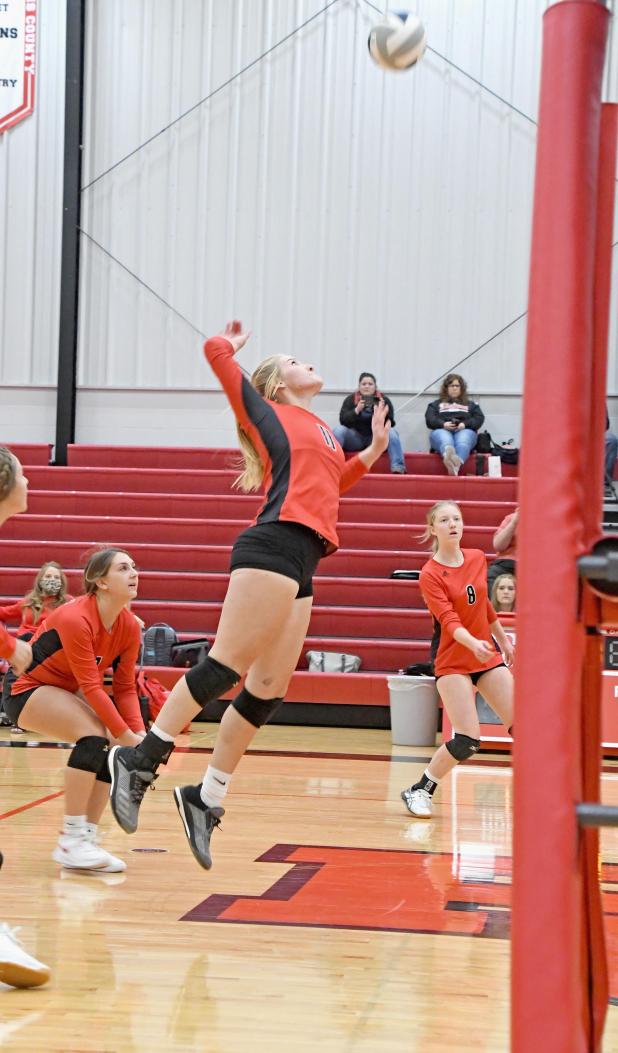 The Lady Plainsmen fell to Hi-Line Monday evening at sub-districts, ending the 2020 season 15-11.

Perkins County picked up a hefty lead in the first set, and ended up winning the opening match 25-14. They then won the second set as well, 25-17.

Kimball put up a strong fight in the third game, and ended up defeating the Lady Plainsmen in set three 25-21.

To win the game, Perkins County came back and won the fourth and final set, 25-21.

Their record headed into sub-districts was 15-10.

Perkins County was seeded second in the district, and faced Hi-Line as their first opponent on Monday, Oct. 26 in Callaway.

Hi-Line played strong from the start, giving them their first win of the evening, 25-22. The Lady Plainsmen again fell to their opponents in the second and third sets, 25-15 and 25-14.

Perkins County ended their season 15-11, which coach Monica Cole is incredibly proud of.

“I am super proud of these girls,” she said. “They have come so far throughout the season and it has been fun to embark on the 2020 season. The potential this team has for the future will be exciting to see unfold!”

Cole saw the most improvement over the season when it came to the girls believing in themselves and each other. She also observed the team improve their hustle, grit, and determination to compete without giving up.

One game Cole is particularly proud to have coached this season is the game against South Platte in Paxton on Sept. 17, where the girls gained a 2-1 victory.

She added that there are so many more games where the team competed and battled, which she is proud of as well, including their game against North Platte St. Pat’s.