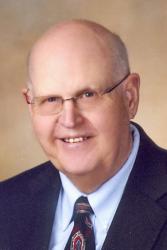 A lot of basketball the last 10 days or so and other than the teams I would like to see win, not do that, it is still the beginning season that I kind of like

When I was coaching, this time of the year was welcomed with open arms or gymnasiums but also it was the beginning one of the most important part of any season and that was because time was devoted to conditioning and fundamental basketball.

Also there were a few years where I know my blood pressure was always little higher because the football team had either gone deep into the playoffs or better yet got to the championship game and that meant very few practices before our first contest.

The upside of those years where the football season lasted through the early pre-season time, you knew that you were getting some pretty good athletes in most cases and they would work hard and pick up the pace a little in practice in order to get ready.

The winter season started on Monday of this week but a lot of college basketball has been played.

I missed the Husker game, got down to Lincoln for the second Husker contest and then this past week went over to North Platte and watched the North Platte Community College team play Garden City CC from Garden City, Kansas.

I think the name of the teams are somewhat misleading or the North Platte community and the Garden City community covers a heck of a lot of ground.

I think a lot of Juco teams probably have the same recruiting philosophy and it isn’t something new. When I was in high school, Pratt, Kansas also had a junior college located there. I remember when I was a senior in high school Pratt’s juco had a really good football team. They had one player from Pratt and one player from Kanorado, Kansas and the rest of the roster was filled with players from outside of Kansas.

The head football coach at Pratt at the time was Floyd Huggins. He was a Kansas boy but had coached in Florida and there were about 50 kids from Florida that made the trip to the north land to play football.

The recruiting in the junior colleges got so out of whack with non-Kansas kids that the league that they played in made a rule that a certain percentage of players had to be from Kansas.

That changed a lot of things and today Pratt juco has no football program. To be honest, last Wednesday night all I was concerned with was seeing some decent basketball played by the two teams that were playing in North Platte.

The game was not all bad. It is early in the season and both teams looked like it but it was competitive and at times they looked as if they were in mid-season form.

Garden City came from 13 down to win the game and they looked pretty good in the second half of the game, and I think the North Platte crew will be pretty good before the final whistle is blown on this season.

Another interesting part of the game was that the Head Coach at Garden City was Patrick Nee and he is the son of Danny Nee, a former coach for the Huskers.

Patrick Nee graduated from Pius High School in Lincoln and was an all-state player in basketball at Pius when he was a senior.

On Friday, I left for Lincoln to watch the Husker men try to get that first win of the season in basketball. The first two games, in my opinion, were big disappointments from just looking where the teams were picked to finish in their respective conference standings.

After thinking about that, it finally dawned on me that the Huskers were picked almost in the same spot in the Big 10, and that is down close to the bottom. I still thought the Huskers should win these games but they didn’t.

Friday night the opponent was South Dakota State and they have been pretty good in their conference play and getting into the NCAA tournament. They also have a couple of players from Nebraska playing for them this year as they did last year also.

This year the Jackrabbits have David Wingett, who played at Winnebago, and Baylor Scheierman, who played at Aurora and both of them are freshman. They don’t start, but they played a lot against the Huskers Friday night.

What I really thought would be a close game wasn’t close at all. The Husker’s didn’t look anything like the team that played in Husker uniforms the first two games of the season. Nebraska jumped all over SDS right from the beginning and jumped out to a 10-2 lead, and then 14-4, and 22-8 to keep the blitz on their opponent.

The Huskers kept the pressure up the entire first half and put up 51 points. They only got 47 in their first game against UC Riverside in the entire game. The Huskers ended up with four players in double figures and put up 90 points, and at one time lead in the game by 30 points.

Nebraska, like any team, looked pretty good when the ball started going in the basket. I thought they played harder than they did last week against Southern Utah both on offense and defense.

After last week’s game where a lot people showed up as empty seats, PBA was way more crowded for this game. Glad they got a W and hope they continue to improve.

I didn’t get to watch the Husker football game as I was driving back from Lincoln but I did listen to some of it and I got home just in time to watch Wisconsin kneel to end the game.

I did get to watch the volleyball team take on Iowa last Saturday evening and they had a battle but won it in five. Although it was tough for them at times, when they got to the fifth set, they pretty well dominated it. Hope they continue to improve and get to play some extended matches in the NCAA tournament.