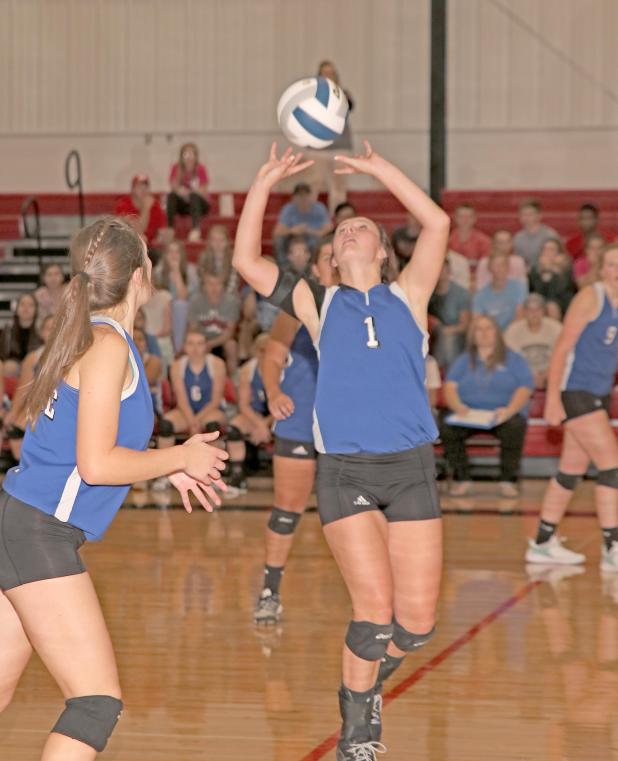 Wallace Senior Meredith McCoy sets the ball in a match against Perkins County. 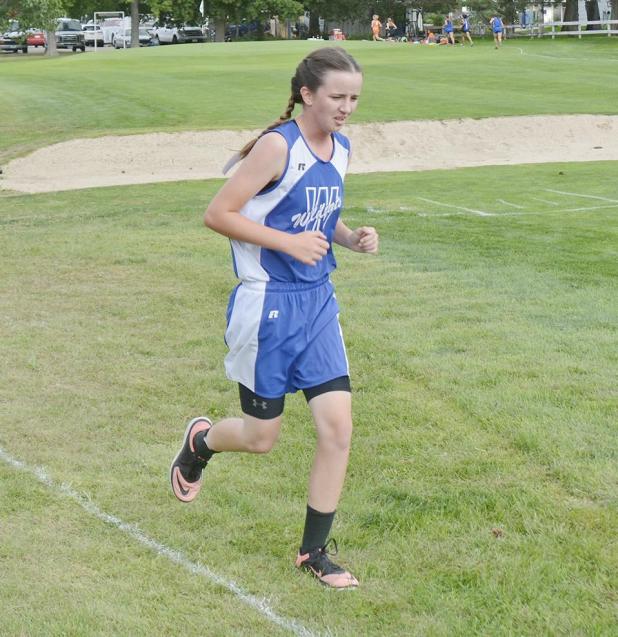 Mariah Gardner competes at the cross country meet in Imperial on Thursday, Sept. 6. She placed 21st with a time of 24:54.

The cross country team competed at the Chase County Invite in Imperial on Thursday, Sept. 6. The girls placed eighth with 139 points.

Coach Danielle King said most of the team achieved personal bests at the meet, which had quite a few hills.

Up next, the Wildcat’s will travel to Arapahoe for a 4 p.m. CT meet on September 14.

The Lady Wildcats went 1-1 in a triangular in Perkins County on Sept. 4. Coach Elizabeth Hock said they were mentally out of it and not ready to play during the first set against Hitchcock County, which they lost 25-0. She said the second set was a better effort, at 25-13. Quinn Koop led kills with three.

The Lady Cats defeated Perkins County in two sets: 25-22 and 25-22. Hock said the girls worked much better as a team and were ready from the first serve. “It was exciting to see them compete and work together.” Koop and Natalie Marquardt led service aces with 12. Chevi McClintock led kills with six. Leading with six digs was Marquardt.

The girls played against Sutherland on Tuesday, Sept 11 and results will be in next week’s issue of the Tribune.  On Friday night, September 14, the Wildcat Volleyball team will play at home against Brady at 4 p.m. CT.