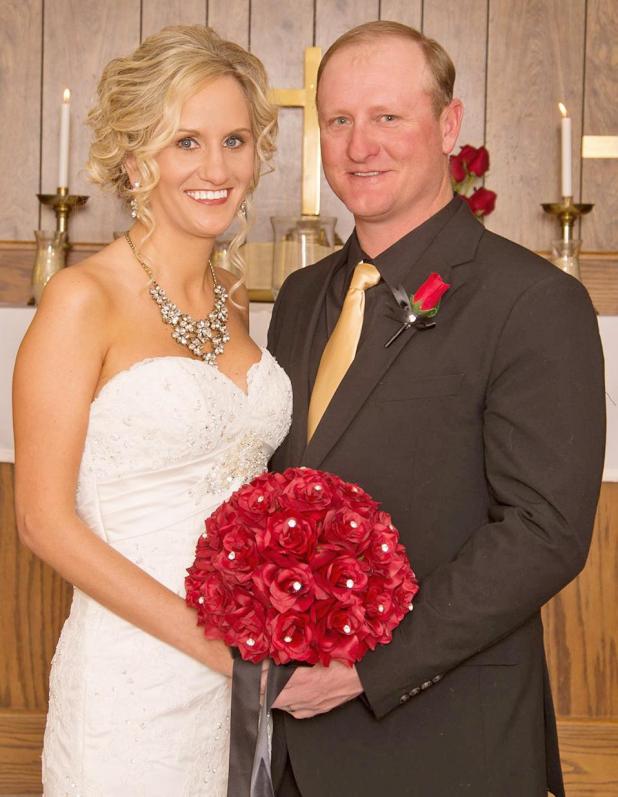 Brooke Pankonin and Nathan Robertson were united in marriage during a family ceremony on Dec. 31, 2017 at the Keystone Presbyterian Church in Keystone, Nebraska with John Long of Grant, Neb., officiating.

Serving as bridesmaids were the bride’s daughters, Tayvin and Preslin Lutz.

Groomsmen were the groom’s sons, Tyler and Kade Robertson, and the bride’s son, Austin Lutz.

Austin gave his mom away while Tayvin sang.

A reception, dinner and dance followed the ceremony at the Keith County Fairgrounds in Ogallala.

The couple settled in their Ogallala home after honeymooning in Cabo, Mexico. Nathan works for his family’s business, J & K Irrigation in Ogallala, and Brooke works for her family’s business as the managing editor of the Grant Tribune-Sentinel in Grant.