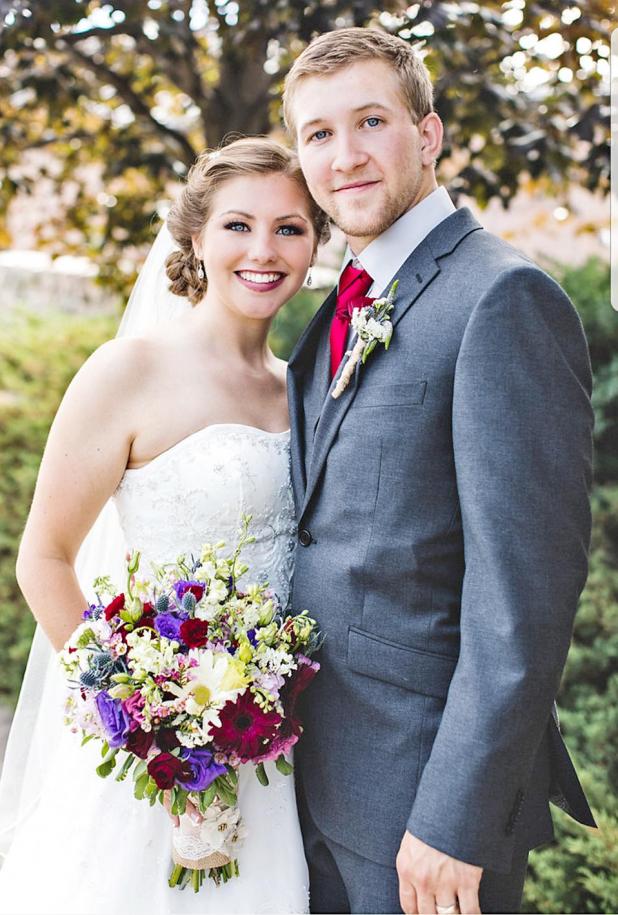 Allison, 22, is an intern at Rehabilitative Rhythms Music Therapy in Aurora, Colo. She is the daughter of Beth and John Waltman of Eaton, Colo. Her grandmother is Vira Jean Waltman of Brush, Colo. Allison graduated from Brush High School in 2013. She attended the University of Northern Colorado in Greeley and then transferred to Colorado State University in Fort Collins to finish her degree in music therapy in May 2017.

Tyler, 23, works for Colorado Division of Parks and Wildlife on a big game research project in the south central region of Colorado. He is the son of Marty and Christy Stratman of Brush, Colo. His grandparents are Jerry and Carolyn McArtor of Grant, Nebraska, and Theresa Stratman of Lincoln, Neb. He also graduated from Brush High School in 2013. He attended Colorado State University in Fort Collins and graduated in May 2017 with degrees in wildlife biology and fisheries.

Following their return from their honeymoon in the Dominican Republic, Allison and Tyler have started their journey by making their home in Colorado Springs.