Borowski remembered for love of children 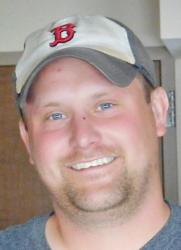 Mitch McCloskey of Grant, said his best friend will be unbelievably missed.

“He had an infectious smile that you couldn’t ignore and always had time to talk to people,” said McCloskey.

His obituary stated he had a way of connecting with children, especially his niece and nephews, McCloskey’s sons, and the baseball teams he coached.

“He was amazing with kids. He always always had time for my two younger boys. He always played with them, never once ignored them and usually brought some sort of toy or gift for them,” said McCloskey.

Jeff Dilsaver of Grant, another friend of Borowski’s, concurred.

“He was great with my kids. They loved him. He was Uncle J to them,” Dilsaver said.

Several of Borowski’s friends and family have taken to social media to share their memories and grief on his Facebook page.

As stated in his obituary, “his warm presence within his community will be dearly missed.”

Visitation will be held Friday, July 12 from 1-5 p.m. at Bullock-Long Funeral Home in Grant, with a Rosary at 7 p.m. at Mother of Sorrows Catholic Church.

Mass of Christian Burial will be Saturday at 10:30 a.m. at Mother of Sorrows with Father Thomas Bush as Celebrant. Burial will be in the Grant Fairview Cemetery.

Borowski was assaulted at a home near Lake McConaughy on July 3 or the early morning hours of July 4. He was airlifted to Kearney from Perkins County Health Services on the evening of July 4.

An autopsy was scheduled for Tuesday, July 9.

Timothy L. Walker, 42, of Brighton, Colorado was arrested and charged with a class 2a felony of manslaughter after being questioned by the Nebraska State Patrol on July 5.

The case is now set for an uncontested preliminary hearing on Monday, July 22 at 1 p.m. in Keith County Court.

This story is one of three in a series: "Community mourns 3 tragic deaths in 3 separate incidents". Click here for Clayton Giesbrecht and here for Elijah Oliver.