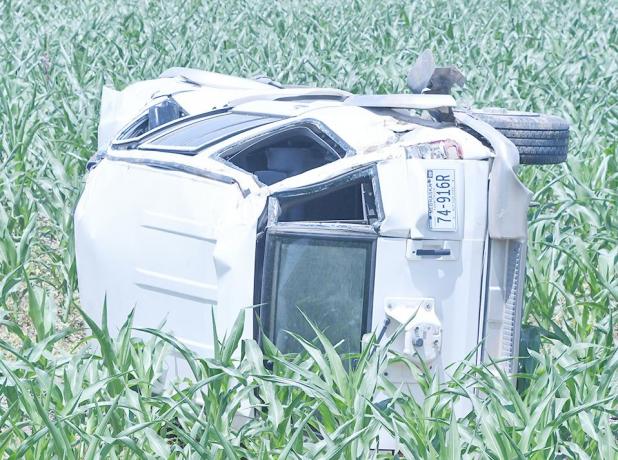 A 1998 Isuzu Trooper rolled two and a half times two miles west of Grant on July 3, coming to rest in a cornfield.

Oliver, of Refugio, Texas, had been working for Jessen Unlimited since May 5.

A friend of the Thomas and Sarah Frazier family, Oliver moved in with them in April.

Sarah said they are missing his presence at home.

“Eli had this charisma about him, and you couldn’t help but love him! He was such a respectful young man, that would do anything for you! He was always doing silly little things just to make everyone’s day better, and he almost always succeeded,” she said.

According to a press release from the Perkins County Sheriff’s Office, on Wednesday, July 3, Oliver was driving a 1998 Isuzu Trooper eastbound on Road 761 when he lost control of the vehicle owned by Jessen Unlimited.

The vehicle entered the north ditch and rolled two and a half times before coming to rest on the driver’s side. Oliver was ejected from the vehicle, and passenger Christian Crone, 26, of Grant, was trapped. He eventually was able to remove himself from the wreckage.

Crone was also transported to PCHS, where he was treated and released.

Neither occupants were wearing seatbelts, and excessive speed was determined to be a factor in the accident.

The investigation was conducted by PCSO.

This story is one of three in a series: "Community mourns 3 tragic deaths in 3 separate incidents". Click here for Justin Borowski and here for Clayton Giesbrecht.